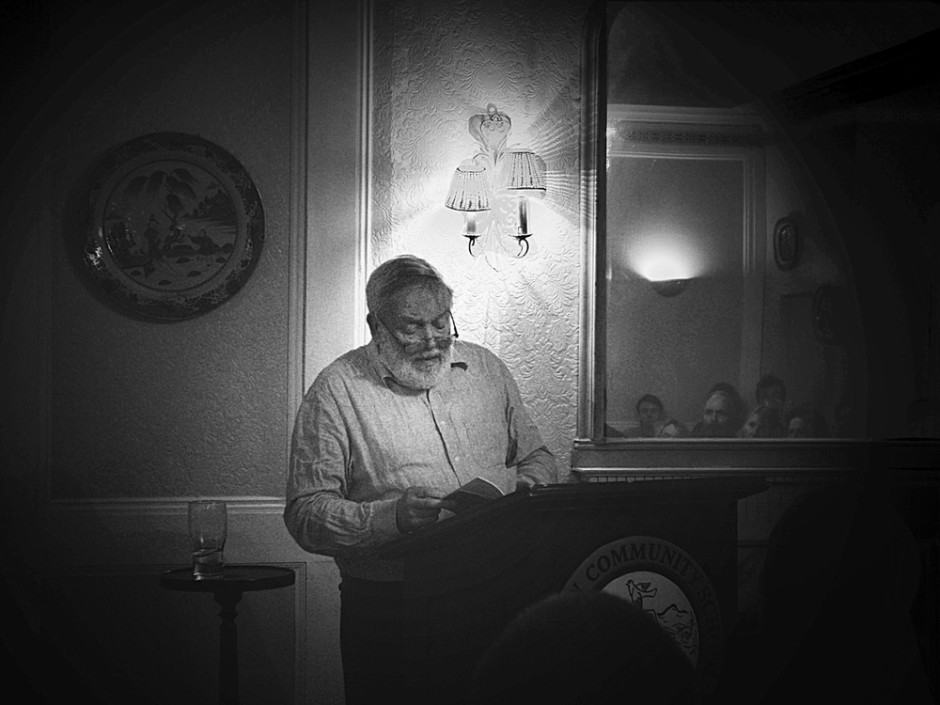 “A contemporary who should endure over the life of our language.”
– Donald Hall

Irish poet Michael Longley was born in Belfast, Northern Ireland, in 1939. He was educated at the Royal Belfast Academical Institution and studied Classics at Trinity College. Strongly influenced by the classics, he has alluded to his love of Homer in many of his poems. Early in his career, Longley worked as a schoolteacher in Dublin, London, and Belfast. He founded the literary program in the Arts Council of Northern Ireland, and in 1970 he became the assistant director of that organization. In 2010, he was honored with the title of Commander of the Order of the British Empire (CBE). He is a Fellow of the Royal Society of Literature and a member of Aosdána, an affiliation for Irish artists. He is married to the critic Edna Longley and has three children.

Michael Longley has written nine collections of poetry. Holding honorary doctorates from both Trinity College, Dublin, and Queen’s University, Belfast, Longley was awarded the prestigious Queen’s Gold Medal for Poetry in 2001. He has received numerous other awards for his work, including the American Irish Foundation Award, the T. S. Eliot Poetry Prize, the Whitbread Prize, the Hawthornden Prize, the International Griffin Poetry Prize, the Ulster Tatler Lifetime Achievement Award in 2015, the PEN Pinter Prize in 2017, and the inaugural Yakamochi Medal, an international poetry prize awarded by Toyama Prefecture Japan, in 2018. He served as the Ireland Professor of Poetry from 2007–2010.

In an interview with The Wayfarer, Michael Longley once defined poetry: “Poetry is like a flick of the wrist. . . . You have to be insouciant. It’s like anything else. Have you ever made a group of people laugh? Writing a good poem is like that. It’s better than food, than drink, than sex even. And that’s saying something!”

“Longley’s poems count the phenomena of the natural world with the particular deliberate pleasure of a lover’s fingers wandering along the bumpy path of the vertebrae.”
– Seamus Heaney

“Longley comes from an Ulster Protestant tradition but sees beyond tribe to the shared tragedy of conflict. I carry his work with me to the war zones of the world.”
– Fergal Keane, The London Times

“War—what it does to combatants and to their children—becomes a preoccupation throughout Longley’s work. . . . Yet marital love and tenderness, domestic calm and pastoral counterpoise also stand among Longley’s signature subjects. . . . Longley’s genius is pastoral and commemorative.”
– Publisher’s Weekly

“Unafraid to capture the intimacies and specifics of this life, Longley is also one of the very few poets able to take us, time and again, to a place as ‘Wild and melodious’ as the birdsong he celebrates.”
– Fran Brearton, The Guardian

“I can’t think of a living poet who writes such incredible sonnets. . . . He travels with ease from the Iliad to his local fields. . . . It’s hard to tell if he’s a poet of regular life who is good at stumbling upon depth, or a deep poet who knows that the quotidian is precious. And it’s not clear that it matters.”
– Laurel Maury, The Los Angeles Times