Home  ›  Medbh McGuckian  ›  Poem of the Week: “On Cutting One’s Finger While Reaching for J...

Poem of the Week: “On Cutting One’s Finger While Reaching for Jasmine” by Medbh McGuckian 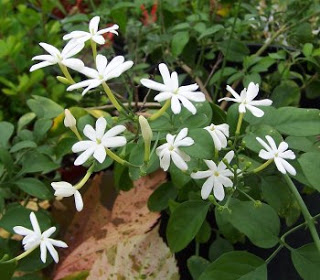 On Cutting One’s Finger While Reaching for Jasmine

She talked about the aboutness of life, the eternal
false illumination of the leftover nights, her lavender-
skirted self who paced around the tousled
bedroom, the otherwise good you.

She incessantly made Os, Os of all sizes,
Os inside one another, always drawn backwards
in lilac ink by her beckoning finger,
on fine paper, gilded and musked.

Ramrod straight in her harp-backed
horse-grey chair, she beheld the most beauteous
scrawl of the same love as never
floated to the house as if rainwater

captured in the water-whipped square
from thundering icequakes and the smaller
curves of a river missing its valley
were the one place a flying creature could feel safe.