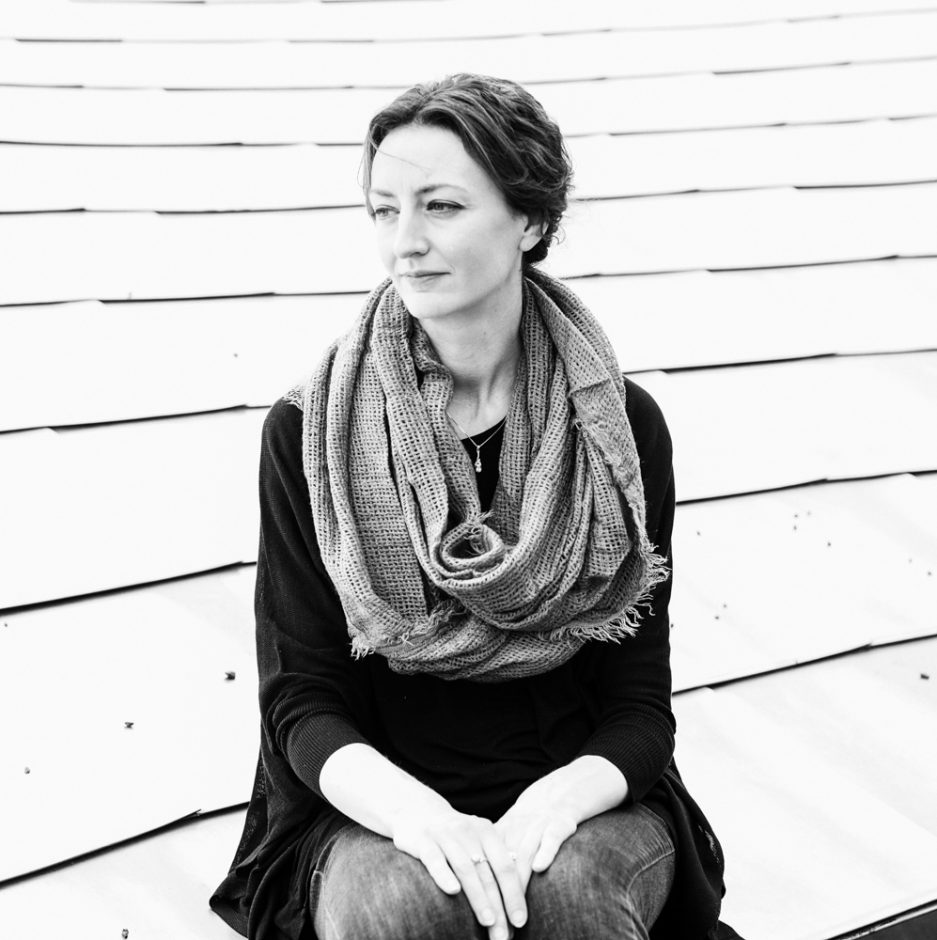 “O’Reilly has what so few poets have: a language all of her own, so much so that any image or line is instantly recognizable as hers.”
– Sinéad Morrissey, The Guardian

Caitríona O’Reilly was born in Dublin in 1973, grew up in Wicklow and Dublin, and now lives in Lincoln. She studied archeology and English at Trinity College, Dublin, where she wrote her doctoral thesis on American literature. O’Reilly also held the Harper-Wood Studentship from St. John’s College, Cambridge.

Caitríona O’Reilly’s first collection, The Nowhere Birds, was shortlisted for the Forward Prize for Best First Collection in 2001 and won the Rooney Prize for Irish Literature in 2002 (given to the best new book by any Irish writer). Her second collection, The Sea Cabinet (Bloodaxe Books, 2006), was a Poetry Book Society Recommendation and was shortlisted for the Irish Times Poetry Now Award in 2007.

In addition to her works of poetry, the Irish poet Caitríona O’Reilly is a freelance writer and critic. She has written for BBC Radio 4, translated from the Galician of María do Cebreiro, and published some fiction. O’Reilly has also collaborated with artist Isabel Nolan on a creative project, was a contributing editor of the Irish poetry journal Metre, and edited several issues of the Poetry Ireland Review. O’Reilly has taught at Wake Forest University and the Irish Writer’s Center in Dublin.

Her newest volume, Geis, was published in North America by WFU Press in October 2015 and was chosen as one of The Guardian’s Best Books of 2015. Geis is the first appearance of a full volume by Caitríona O’Reilly in North America, though she has been anthologized numerous times, including in The Wake Forest Series of Irish Poetry, Volume I (2005) and The Wake Forest Book of Irish Women’s Poetry (2nd edition, 2011). O’Reilly’s poetry has appeared in Ploughshares, Poetry, and The New York Times Magazine, among other publications.

“Whether enthralled or appalled, she beholds and magnifies the world and its strange creatures (including ourselves) in poems that are formally versatile and linguistically copious.”
– Michael Longley

“She understands the limitations of the self and the fragility of the world—but this awareness of temporality in its turn gives O’Reilly’s work its authority and its arresting, lyrical power.”
– Neil Hegarty, The Irish Times

“The world of her poems is that created by one gazing through a prism. She not only marvels at the strange but recreates it as the mysterious. The effect is intoxicating. The hangover illumination.”
– Hayden Murphy, The Herald Scotland

“Her search for knowledge—at once philosophically focused, and enraptured by all kinds of unlikely data—is conducted in a language bristling with illuminations . . . yet it always moves with careful grace, its own well-laden, fluent momentum.”
– Eamonn Grennan, The Poetry Review