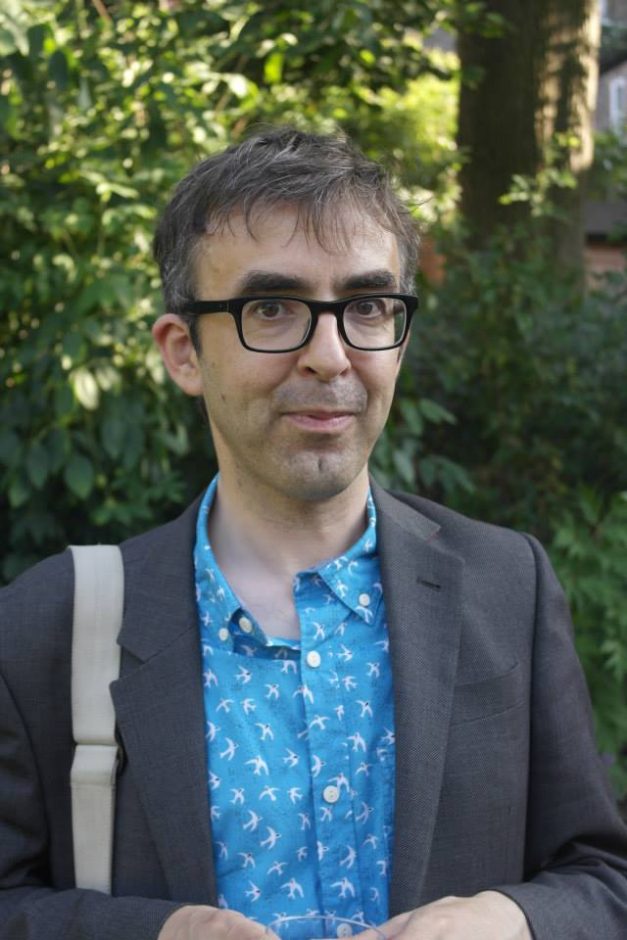 “[Wheatley’s] is a poetry that, as it develops and explores, opens up new and larger ways of encountering the world in all its multiplicity, and there’s more, much more, to come.”
– Maria Johnston, Dublin Review of Books

Irish poet, David Wheatley was born in Dublin in 1970. He is the author of five collections of poetry: Thirst (1997), Misery Hill (2000), Mocker (2006),  A Nest on the Waves (2010) and The President of Planet Earth (2017), which was shortlisted for The Irish Times Poetry Now Award. He has edited the work of James Clarence Mangan for The Gallery Press, Samuel Beckett’s Selected Poems 1930–1989 for Faber and Faber, and The Wake Forest Series of Irish Poetry, Vol. IV (Wake Forest University Press, 2017). Irish poet David Wheatley’s critical study Contemporary British Poetry was published by Palgrave in 2015. His other publications include a short book on pubs, Dark and True and Tender (CB Editions, 2012); a poetic study of Scottish “avant-gardening,” The Reed Bunting Unseen: A Camouflage Garden for Ian Hamilton Finlay (Wild Honey Press, 2013); and many articles and reviews for The Guardian, Times Literary Supplement, London Review of Books, Poetry, Poetry Review, Dublin Review, and other publications. His writing has won various prizes, including the Rooney Prize for Irish Literature, the Vincent Buckley Prize, and the Friends Provident (Irish) National Irish Poetry Competition. He was a judge of the 2015 National Poetry Competition and lives with his wife and son in rural Aberdeenshire, Scotland.

“Wheatley’s poems are particularly alive to dexterities of language and cadence. He exults in manipulating the volte-face passibilities of line-breaks, and the types of heat and light given off when different combinations of words, lines, clauses, rhymes, halfrhymes, rub against one another…”
– Rory Waterman, Times Literary Supplement

“One of Wheatley’s main tools is a sardonic and devastating wit, which he turns on the parochial wherever it is encountered…”
– W.N. Herbert, Poetry London Review

“Wheatley’s is a poetry of displacement, uncertainty and sheer possibility; jumping from place to place, idea to idea, the real to the imagined…”
– Ben Wilkinson, The Guardian