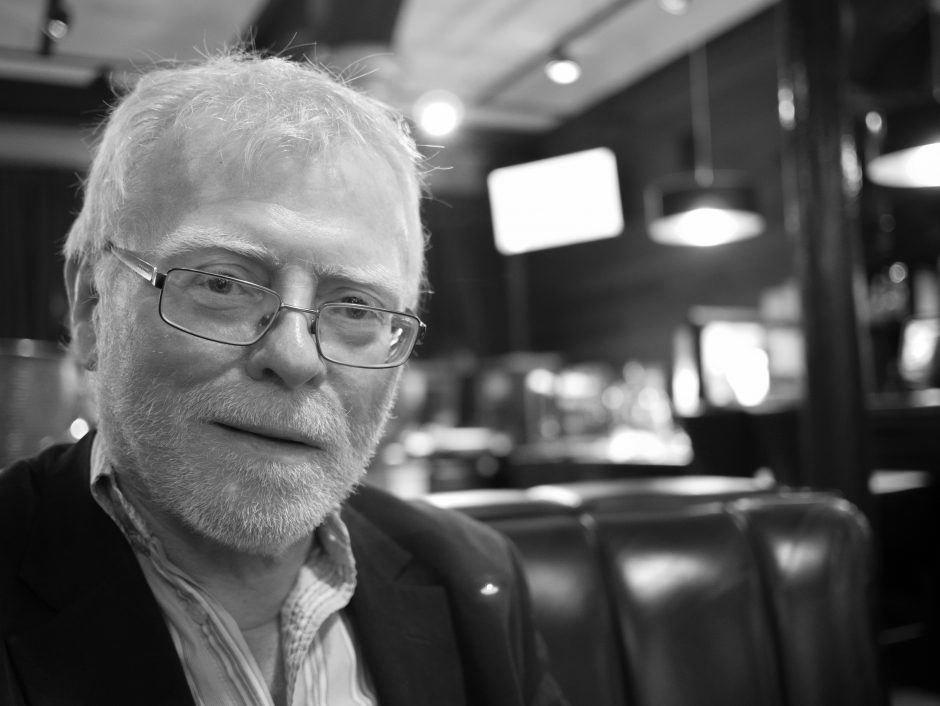 “Ormsby is a poet of enviable gifts. He has a fine ear and a sharp eye and, above all, his poems are memorable.”
– David Cooke, The Manchester Review

Frank Ormsby, Irish poet, was born in 1947 in Enniskillen, Co. Fermanagh, Northern Ireland, and was educated at Queen’s University in Belfast. From 1971–2010, he was an English teacher and eventually became the Head of English at the Royal Belfast Academical Institution. He is now retired. His published volumes include Ripe for Company (1971), A Store of Candles (1977), A Northern Spring (1986), The Ghost Train (1995), Fireflies (2009) and, Goat’s Milk: New and Selected Poems (2015), which includes an introduction by Michael Longley. His last collection, The Darkness of Snow, was published in 2017 and was a finalist for the National Book Critics Circle Awards. The Rain Barrel will be published in 2020.

Frank Ormsby has helped strengthen the legacy of literature from Northern Ireland as an editor of poetry and prose. He has edited several anthologies and other books, including The Collected Poems of John Hewitt (1991), A Rage for Order: Poetry of the Northern Ireland Troubles (1992), and The Hip Flask: Short Poems from Ireland (2001), among others. He served as editor of Poetry Ireland Review from 1997–1998, and he was the editor of The Honest Ulsterman from 1969–1989, which was known for providing a platform for emerging Northern Irish poets and creating an intelligent, safe harbor for writers during the height of the Troubles.

In 1992 he received the Cultural Traditions Award, given in memory of John Hewitt, and in 2002 he was given the Lawrence O’Shaughnessy Award for Poetry from the University of St. Thomas at St. Paul, Minnesota. He is the current Ireland Professor of Poetry, and will serve from 2019-2022. Read more in a full-length interview by Adrienne Leavy in the Irish Times.

“Frank Ormsby belongs to that extraordinary generation of Northern Irish poets which includes Ciaran Carson, Medbh McGuckian, Paul Muldoon and Tom Paulin. He is a poet of the truest measure.”
– Michael Longley, introduction to Goat’s Milk

“[Ormsby’s] poems are concise, memorable and intelligent. . . . This is a poetry of simplicity and quiet power, one of hauntings, rememberings, and reimaginings.”
– Seán Hewitt, Breac

“Yet while [Ormsby] repeatedly celebrates the local and ‘the air-wide, skin-tight, multiple meanings of here,’ his poetry refuses to be constrained by these geographical boundaries, opening itself instead to the broader global community. . . his poetry makes the domestic international and the global local. Ultimately, his poems ‘add small stones to the cairns of love and sorrow’ that is the human condition worldwide.”
– Adrienne Leavy, Reading Ireland

In his speech on the Lawrence M. O’Shaughnessy Award for Poetry in 2022, Jim Rogers said, “We honor Frank Ormsby’s generosity of spirit; the craft of his poetry; his deep humanity; his resolute claiming of the moral authority of imagination and of memory — gifts that in his poetry, have sought to exorcise the darkest chapters of the century just past; gifts that have given his readers, across dark times, their own store of candles.”
– Jim Rogers, New Hibernia Review