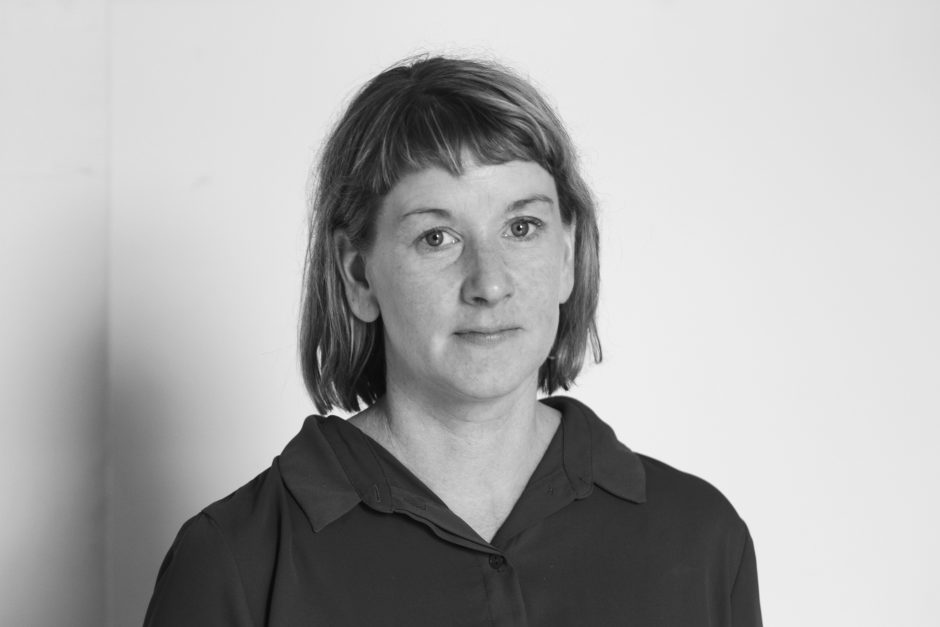 “Affectionate and truculent by turns, disenchanted but relishing the world around her, quick-witted and big-hearted, Leontia Flynn looks like the real thing.”
– Michael Longley

Irish poet Leontia Flynn was born in County Down in 1974. Her first book, These Days (2004), won the Forward Prize for Best First Collection, was shortlisted for the Whitbread Poetry Prize, and saw her named one of twenty “Next Generation” poets by the UK Poetry Book Society. Drives, published in 2008, earned her the Rooney Prize for Irish Literature and a major Individual Artist’s Award from the Arts Council of Northern Ireland. Her third collection, Profit and Loss, was a Poetry Book Society Choice for Autumn 2011 and shortlisted for the T. S. Eliot Prize. The Radio, her newest collection published in April 2018, has also been shortlisted for the T. S. Eliot Prize and won the Irish Times Poetry Now Award.

Flynn was awarded the Lawrence O’Shaughnessy Award for Poetry in 2013 and the AWB Vincent American Ireland Fund Literary Award for 2014. She lives in Belfast and teaches at the Seamus Heaney Centre for Poetry at Queen’s University.

“Such currents of difficult feeling, beneath the wise, glittering fronts of her poems, make them all the more remarkable.”
– Frances Leviston, The Guardian

“Flynn’s is one of the most strikingly original and exciting poetic voices to have emerged from Northern Ireland since the extraordinary debut by Muldoon 35 years ago … She doesn’t put a foot wrong on the page.”
– Fran Brearton

“Exact and casual and formally adept, a bit like an Irish (and female) Frank O’Hara, and not a bit like anyone else.”
– Adam Phillips, The Guardian

“The Radio proves that Flynn is a true original, unafraid to tackle the harder issues, delightful, unexpected, clever, with a deep and impressive knowledge of culture and literature.”
– Orla Fay, Reading Ireland