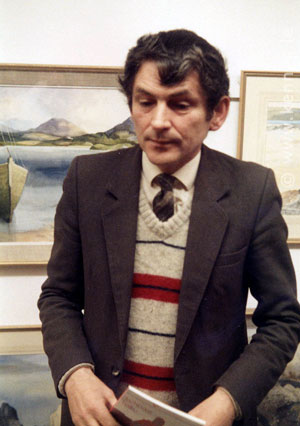 “One of the truest, most tested and beloved voices in Irish poetry in our time.”
– Seamus Heaney

Michael Hartnett was born in Limerick in 1941 and was profoundly influenced by his Irish-speaking grandmother. Selected and New Poems is the best introduction to his poetry, containing work that spans his career from the 1960s until his death in 1999. Hartnett was a member of Aosdána and received multiple awards, including a Poetry Ireland Choice award, the Irish Poetry Prize, the American Ireland Fund award, and the Irish-American Cultural Institute award.

Of his celebrated 1975 announcement that he would henceforth write in Irish, scholar Tom O’Grady wrote: “At once an iconoclast and a throwback, Hartnett aspired to realize the not-quite-paradox of both breaking with convention and embracing tradition.”

Hartnett eventually changed his mind, but kept true to two lines from A Farewell to English:

The act of poetry
is a rebel act.

Listen to this podcast from Poetica to learn more about Michael Hartnett and hear archival recordings.