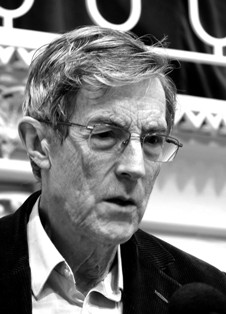 Richard Murphy was born in 1927 in Co. Mayo, the son of an officer in colonial service in Sri Lanka (then Ceylon) and later Governor of the Bahamas. He received a scholarship to Oxford, where C. S. Lewis was his tutor. Having lived for many years in Connemara, he now divides his time between Dublin and Durban, South Africa.

A member of Aosdána and of the Royal Society of Literature, he has received numerous literary awards, including the British Arts Council Award, the Marten Toonder Award, and the American Irish Foundation Literary Award.