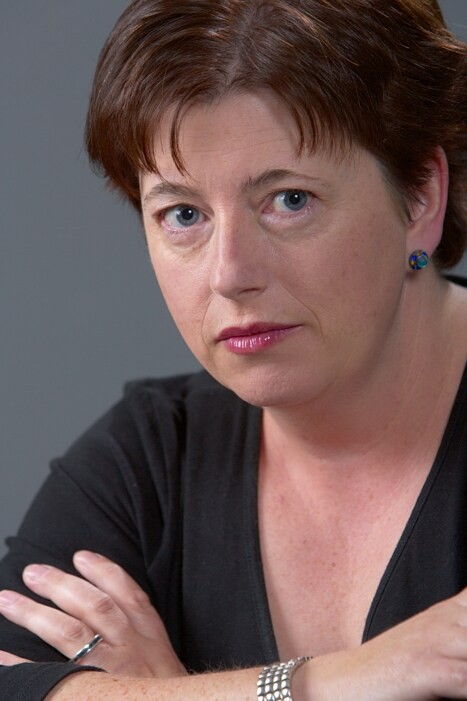 Vona Groarke was born in the Irish Midlands in 1964. A graduate of Trinity College, Dublin, and University College, Cork, Groarke has worked in the UK, the United States, and Norway. She has held various teaching positions over the years, including the Heimbold Chair in Irish Studies at Villanova University, a professorship in Wake Forest University’s English Department from 2005–2007, and a Writer-in-Residence position with the National University at Galway and Maynooth. In 2010, she was elected to be a member of Aosdána, the Irish academy of the arts.

Groarke has won a number of awards for her poetry including the Hennessy Award, the Brendan Behan Memorial Prize, the Stroketown International Poetry Award, and the Stand Magazine Poetry Prize, and she was the runner-up in The Times Literary Supplement Poetry Competition in 2003. Her most recent publication, X, was a Poetry Book Society Recommendation. Her poems have recently appeared in Yale Review, The New Yorker, Kenyon Review, Boston Review, The Guardian, The Times, and Poetry Review.

She lives in Manchester, England, with her two children, Tommy and Eve, and currently teaches at the Centre for New Writing at the University of Manchester.

Vona Groarke “has written a poetry whose subjects defy pigeonholing, and whose formal elegance is as evident in its dreamy, songlike lyrics as in her long stanzaic meditations on history.”
– Poetry International

“With their brilliant mix of grace, good humour and a kind of compassionate common sense, her poems provide both pleasure and revelation.”
– Eamon Grennan, The Irish Times

“Groarke’s poems often have an air of simplicity . . . but their grounded, private acuteness, their silent insistence on discovering their own methods, makes them subtler and more complex.”
– Brian Phillips, Poetry