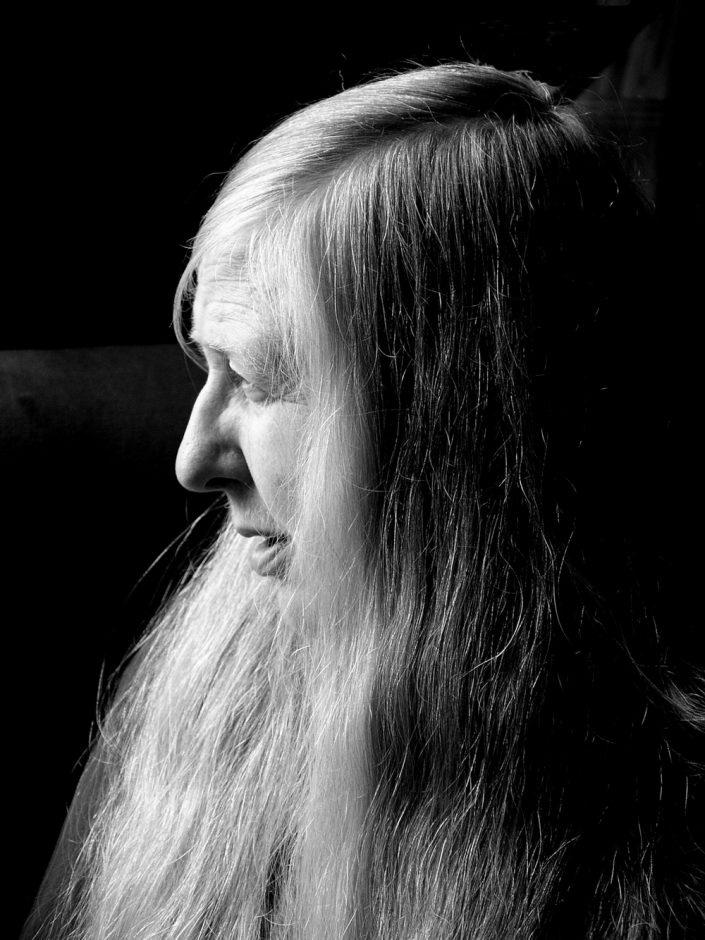 Ní Chuilleanáin is “among the very best poets of her generation.”
– The Irish American Cultural Institute

Born in Cork in 1942, Eiléan Ní Chuilleanáin, an Irish poet, graduated from University College Cork in 1962, with a BA in English and History, followed by a MA in English in 1964, and she also studied at Oxford University. Ní Chuilleanáin was Associate Professor of English, Dean of the Faculty of Arts (Letters), and a Fellow of Trinity College Dublin until her retirement in 2011. Since then she has continued to teach an option on John Donne and also contributes to the M.Phil in Medieval Language, Literature and Culture, and to the M.Phils in Literary Translation and Comparative Literature. From 2016-2019 she also served as the Ireland Professor of Poetry. Ní Chuilleanáin edits the literary journal Cyphers with two other poet-editors, including her husband MacDara Woods. She and her husband have a son, Niall.

Eiléan Ní Chuilleanáin is often cited not only as a major poet in the generation after Thomas Kinsella, John Montague, and Richard Murphy, but also as the foremost female poet now writing in Ireland and Great Britain. In 1992, she was awarded the prestigious O’Shaughnessy Poetry Award by The Irish American Cultural Institute. Her most recent volume, The Boys of Bluehill (2015), was shortlisted for the Forward Prize for Best Collection. Her previous volumes include Acts and Monuments (1966), which won the Patrick Kavanagh Award; Site of Ambush (1975); The Second Voyage (1977), which included selections from the previous two volumes; The Magdalene Sermon and Earlier Poems (1991); The Brazen Serpent (1995); The Girl Who Married the Reindeer (2002); Selected Poems (2009); The Sun-fish (2010), which won the International Griffin Poetry Prize; and The Legend of the Walled-Up Wife (2012), translations from the Romanian poetry of Ileana Mălăncioiu. With Medbh McGuckian, Ní Chuilleanáin also co-translated the poems of Nuala Ní Dhomhnaill in The Water Horse (2001). Her newest collection The Mother House (2020) is due to be released in April 2020.

“[Ní Chuilleanáin’s work] thrives on the creepings, rustlings and imperceptible burgeonings of life which are the opposite of sureness and solidity.”
– Clair Wills, TLS

“Eiléan Ní Chuilleanáin employs a poetic point of view that is displaced, unspecified, and often enigmatic; her poetry resonates with ancient rites and presences from a spiritual otherworld. She is a unique poet who has influenced younger writers, broadened the scope of Irish poetry, and earned her place among the very best poets of her generation.”
– Citation for the O’Shaughnessy Award of the Irish-American Cultural Institute

“Ní Chuilleanáin is the Vermeer of contemporary poetry. Her luminous interiors achieve great visual beauty, but should not be mistaken for exercises in escapism. They are sites where history and the individual brush against each other, force fields of action and radiant understanding.”
– Aingeal Clare, The Guardian