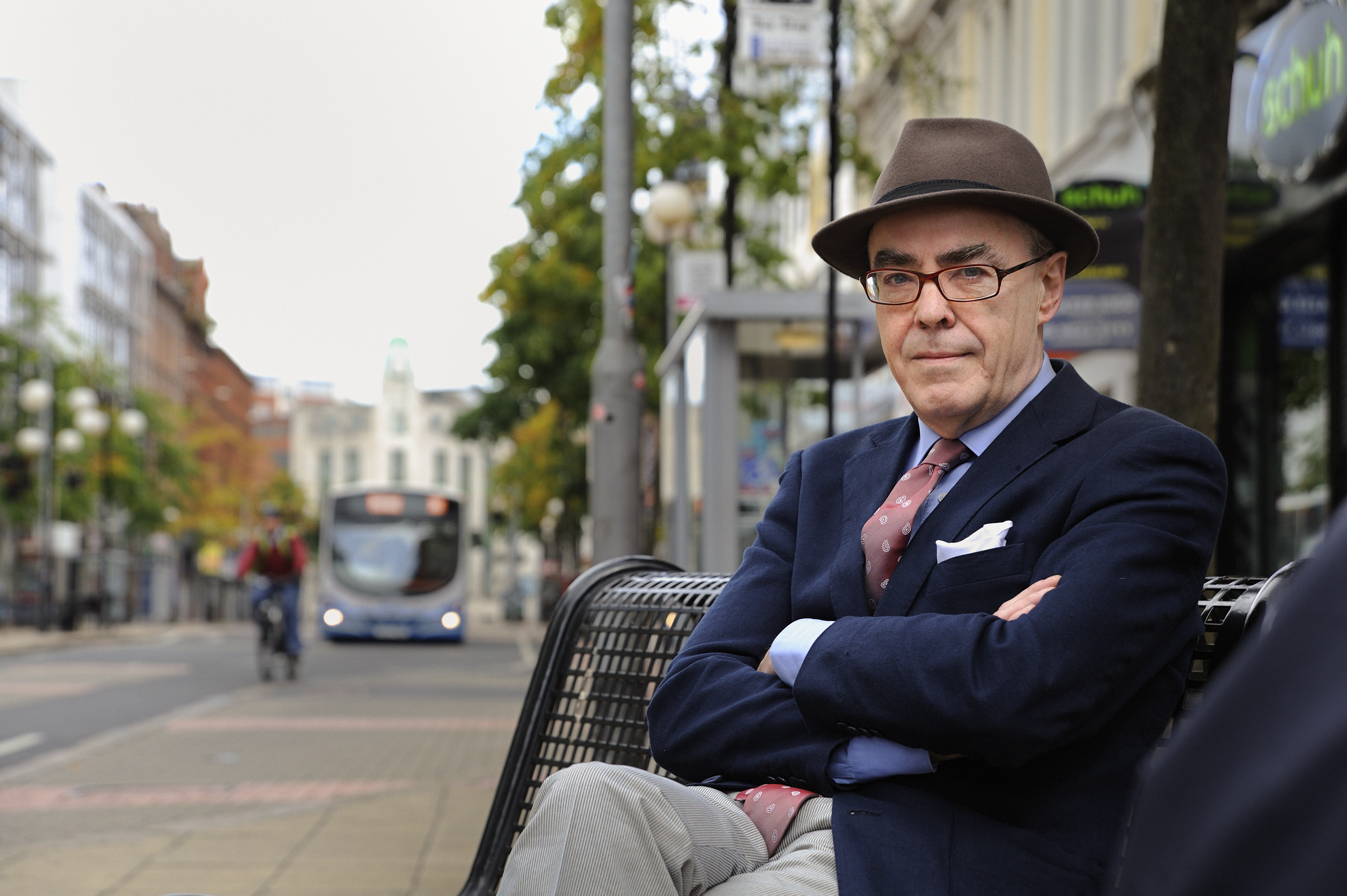 It is with great sadness that we announce the death of one of our most esteemed poets, Ciaran Carson. Ciaran had been with us from the beginning, and we will miss him. Our hearts go out to his wife and children, Deirdre, Manus, Gerard, and Mary.

We share these words from Guinn Batten, who helped manage WFU Press with Dillon Johnston in its early years:

How Ciaran Carson lived his life, and expressed it in his emotionally charged, intellectually high-wattage, often late night, and never less than urgent personal conversations with—and commitments to—anyone lucky enough to be a friend of his and his wife Deirdre’s, is also how he wrote so prolifically and collaboratively over the years, notably with his wife and renowned fiddler, Deirdre Shannon. Still Life, the title of his final collection, expresses perfectly what makes the news of his death so devastating for those of us, including my husband Dillon Johnston, for whom I am also writing, who in founding Wake Forest University Press in 1975 initiated a correspondence with Ciaran that led to meetings in Dublin and Belfast and to the publication of Ciaran’s first book anywhere, The New Estate, a book for which Dillon found an Irish publisher in Belfast, Blackstaff Press.

Over the course of many, many visits to Belfast, in all kinds of “small back rooms” but especially in his study (“the small back room” is how Ciaran liked to acknowledge the muse, who clearly came home to him again in the extraordinary months since he was diagnosed with terminal cancer last spring), Ciaran shared enthusiasms about books, art, and music, especially traditional music, which in our case was as likely to be from Appalachia as from his wife’s Donegal. Over our many years of friendship with Ciaran and Deirdre, Dillon and I have come to appreciate, and now to know even more fully, and with deep sorrow, what we have lost. With others in Ciaran’s wide and diverse international audience of readers who have felt the power, but also the intimacy, and now also the endurance, of the craft of this inimitable and (if there ever were or will be such a creature) creative genius, we are remembering all those rooms where, as in the small back room of the pub imagined in his magnificent “Hamlet,” which concluded Belfast Confetti thirty years ago, “the voice from the grave reverberates,” “since time / Is conversation; it is the hedge that flits incessantly into the present, / As words blossom from the speakers’ mouths, and the flotilla returns to harbour / Long after hours.”

We are trembling still, feeling his resonant life, now in the final lines of the final poem of Still Life: “And I loved the big windows and whatever I could see through them, be it cloudy or clear, / And the way they trembled and thrilled to the sound of the world beyond.”