Home  ›  Harry Clifton  ›  The Poet and “Protection of Innocence”: An Interview with Harry...

The Poet and “Protection of Innocence”: An Interview with Harry Clifton 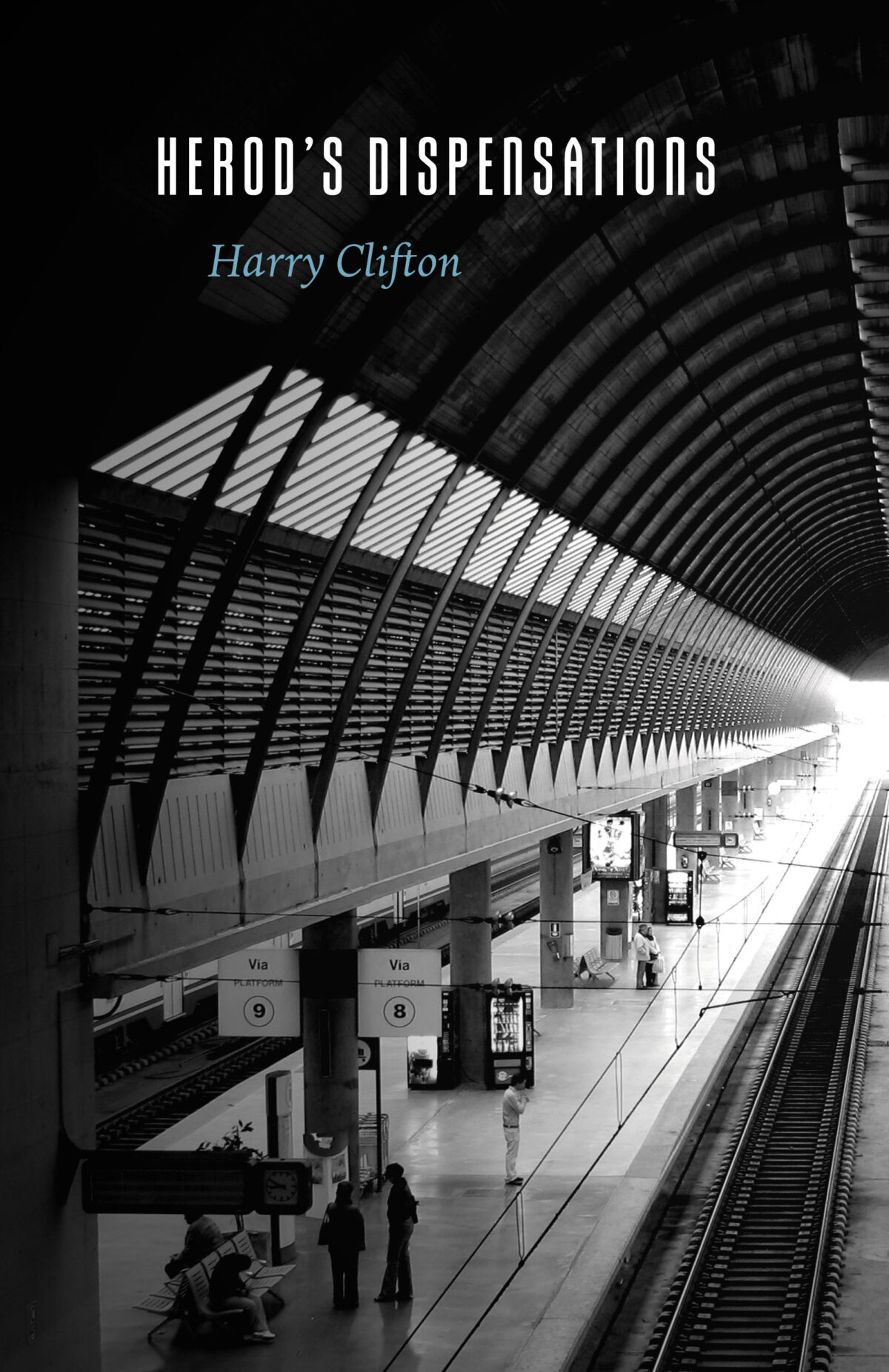 To celebrate the release of Herod’s Dispensations, WFU Press intern Sophie Hollis interviewed poet Harry Clifton about his newest collection. Herod’s Dispensations unites a variety of themes and places, with Clifton drawing inspiration from experiences in Ireland and China. Here, he discusses the evolution of the collection from its original focus on “art, children and death,” and touches on the elements that bring these poems together.

Sophie Hollis: The cover of Herod’s Dispensations is a picture of a train station, and many of the poems include people in transit. How does this collection employ the idea of transit and movement?

Harry Clifton: So much of what is in here, almost by accident, comes out of a new age of migration, whether personal (the orphans in the first poem, the person in “A Flight into Egypt,” the Chinese sex-worker in “After Mao,” etc.) or political (“Anabasis”) that the lines from the “Egypt” poem—“Protection of innocence, Herod’s dispensations / Transit lounges, midnight railway stations”—suggested both the title for this material and the cover image.

This collection also unites a variety of places, stories, and traditions. Do you feel your writing or writing process changes in each place you live or visit? How do other national poetry scenes differ from Ireland’s, in your experience?

This is really three questions, of which the first gets to the core of the matter, especially the word “unites.” In its earlier version, and with very different contents, this book was entitled “Art, Children and Death” with, roughly speaking, a portion of the text devoted to each. As it was felt the divisions were a bit abstract, I changed the title, took out some material and included newer poems from a time in China, with migration and death behind them—hence the present text, less structure and more miscellany.

As to the second question, I think I was formed by the twin excitements of modern American poetry (perhaps more on the formal end of the spectrum) and European philosophy, and have taken that amalgam with me into many non-western situations, inner and outer, over the years, almost challenging the western modes (like the Chinese sonnet sequence here) to manage and incorporate what might seem alien to themselves.

Thirdly, and I can only speak for poetry in English, there is the old, deep English tradition, the Celticised Irish-English tradition and the more open new worlds of America, Australia, etc., even India and Africa to an extent, and one finds oneself getting what one can from each.

I am wondering now about what remains of “Art, Children and Death” in this collection, because the last line of “Wreckfish” seems to echo a similar sequence (“Disaster, salvage, art.”). If this is the patterning for some of the collection, where are the hopeful elements (are there any)? Is art what redeems us in this depressing cycle of history? If the poems from your time in China reference migration and suffering of the past, do they create some kind of model for understanding the “salvage” after the “disaster”?

I wouldn’t chase after a structure if I were you, or a philosophy/vision, be it pessimistic or optimistic. When I pulled the rug from under “Art, Children and Death,” what was left was a littering of poems, certainly some loose groupings still, the childhood ones at the beginning, the explorations of art and the Chinese references throughout (because that reality entered my life in the years this collection came together), and a lot about death at the end. But I came to feel there was something a bit bourgeois about structure in a book of poems—the settled man with his life in order, the forces neatly under control—and preferred to let the wind blow the stuff about a bit.

What there is about art here is largely problematical, not “hopeful” in any conventional sense. The coldhearted forager in “Wreckfish,” the dyed-in-the-wool conservative (whom I admire, by the way) in “Dry-Souled Man,” the naïve seekers after inspiration in the wilderness in “The Achill Years,” and so on. Which doesn’t mean I believe art comes from anywhere other than a place of deep sanity and healing. Which is why the old man in the prologue “To the Next Generation” is a healer (leeches for the blood, poetry for the soul) and passes his word and example to the watching child.

China, which as I say entered my life almost accidentally, came to mean several challenges. Could I express “Eastern” realities in “Western” modes (sonnet, stanza, etc.)? Could China be a metaphor for middle-aged dread of death (the “Red Earth” sequence, printed in part here) and/or a sense of the collapse of collective worship (temple, church) for the lonely communing of the single person with self/God (“Zhoukoudian”)? China then, to address your question, is less an expression of any kind of optimistic vision, more a metaphor for various dreads and challenges at a certain point in life.

I’d like to ask a little more, then, about your criticism of the artist. The poem “Art, Children and Death” focuses on “a literary man,” and “Horace” begins with the John Keats quote: “That most vulgar of crowds the literary.” Is art what is problematized here too, or is it something else? How does poetry play into your general comments on art?

The poem “Horace” probably encapsulates my reservations not so much about art or poetry itself, as the art-world or literary world it has to inhabit—traditionally, as far back as the classic age, a world of courtiers, wits and intelligences who thrive, if not always through flattery or sought-for preferment, then very often through strategic silence (e.g., the silence of Irish poets and writers who live on campus in America but never openly question American power or social values). What does the “liberal” world of poetry actually mean? I doubt if it is all that different from the times when Horace (a consummate lyric poet) lived between the money of Maecenas, his benefactor, and the power of Augustus, whom he was careful to praise, or whose atrocities he kept quiet about. Change a few names, add in The New Yorker (its readers as much as its writers) and you will find that nothing has changed.

In our interview with you after Portobello Sonnets, you said that you returned to Dublin in order to connect with an older generation. How does the “unfinished emotional business” you mentioned in that interview relate to your opening poem in this new volume, “To the Next Generation”? What is your message to the next generation?

If there is any message in “To the Next Generation,” it is keeping the faith, persisting in the teeth of impossibility. In Wordsworth’s poem on which this is based, the old leech-gatherer, who can no longer find many of the healing leeches (poems?) on which he makes his humble living, refuses to be demoralized, and the younger man, or poet, too easily cast down by circumstances, is suitably rebuked. It is, I suppose, another version of Samuel Beckett’s “I can’t go on, I’ll go on.”

Is there something about the present day that urged you to write Herod’s Dispensations? Why did you decide to publish this collection now?

I don’t think lyric poetry is written “in response to the age” but is some attempt to come at eternal values in the language of the age–in essence the same few things endlessly being said in a new way and thereby kept alive. However, the age gets in there subliminally and colors everything, in our case an age of innocents (children or adults) driven out onto the open roads, or seas, for survival, or of the defenseless unborn legislated against. Herod, by definition, is the slaughterer of innocence. The poet, by definition, is the defender of innocence. 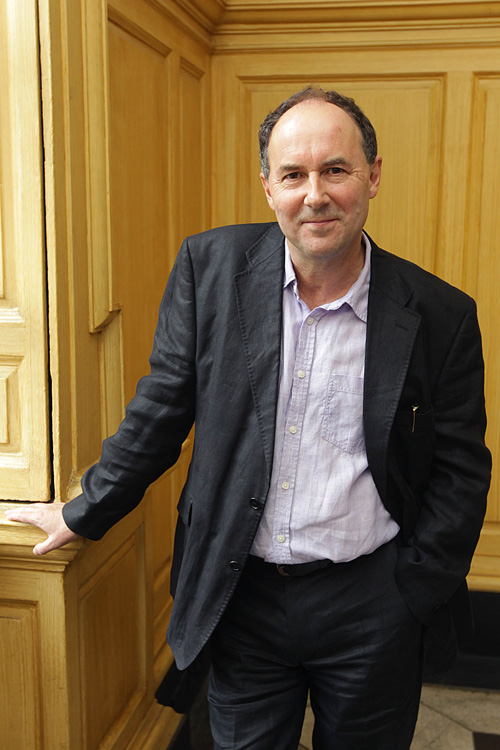 Harry Clifton was born in 1952 in Dublin, where he was educated at Blackrock College and University College, Dublin. After graduating, Clifton began an extended period of travel outside of Ireland. Many of his experiences from this time had major influence on his poetry because he believes the true home of the poet is “not in a place, but in the language itself.” Beginning in the 1970s, he lectured at a teacher training college in Nigeria. Clifton has also lived in places throughout Europe, Africa, and Asia, even working as an aid administrator in Thailand for Indo-Chinese refugees in the 1980s. He subsequently lived in Switzerland, England, and Germany before settling in Paris for ten years, a period that he recorded in Secular Eden: Paris Notebooks 1994–2004 (2007), which won the Irish Times Poetry Now Award. His other poetry books include The Winter Sleep of Captain Lemass (2012), The Holding Centre: Selected Poems 1974–2004 (2014), and Portobello Sonnets (2016). He currently lives in Dublin with his wife, Irish novelist Deirdre Madden.
His most recent collection, Herod’s Dispensations, was released by WFU Press on April 1.
Categories: Harry Clifton, Interview, New ReleasesTags: Herod's Dispensations