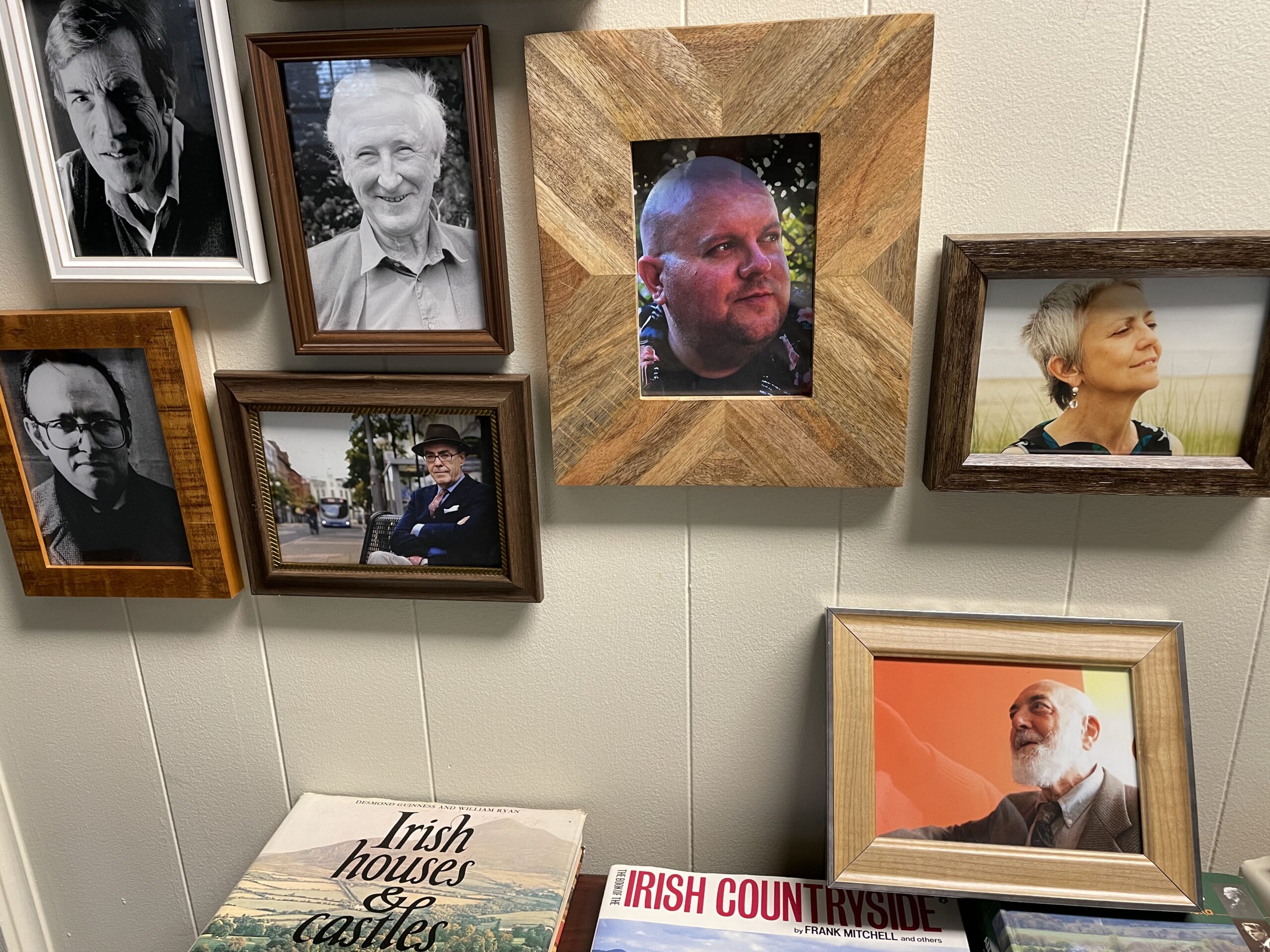 When we returned to the office after the holiday break, Thomas Kinsella’s photo had fallen from the wall. Whether by poetic coincidence or something else, it coincided with his passing in late December, and the absence that has since been felt. As we’ve started the new year, we’ve reflected on Kinsella’s legacy, not only in Irish poetry but in the history of Wake Forest University Press.

Kinsella has been a significant poet in our catalog, from earlier collections—Poems 1956 – 1973 and The Pepper Canister Poems—to the later Selected Poems and Collected Poems. He is also well-represented in the Wake Forest University’s archives of the Dolmen Press, which houses manuscripts and correspondence, pamphlet publications, and his landmark 1969 translation of the Táin, among other materials. Coming in 2023, Wake Forest University Press will publish a book of essays on Kinsella’s poetry, edited by Adrienne Leavy.

In the spring issue of The New Hibernia Review, Leavy remembers Thomas Kinsella’s life and work. We close with this tribute, along with one of the final portraits of the poet, taken by John Minihan in 2019:

Renowned poet Thomas Kinsella passed away on December 22, 2021 in Dublin. Kinsella’s astonishing poetic corpus has its roots in the early Audenesque lyric poetry of the 1950s which was superseded in his mature work by a more open-ended, modernist style that rejected conventional poetic forms and embraced a more experimental approach. In this later poetry formal verse was abandoned, reflecting his exposure to the work of Ezra Pound and William Carlos Williams, and his study of the Swiss psychologist Carl Jung. Kinsella was first and foremost a Dublin poet; however, his poems were broader in scope and addressed universal concerns such as mankind’s propensity for violence and unflinching meditations on the human condition, much of which was mediated through a Jungian prism of psychic exploration.

Kinsella’s contributions as a translator, editor and anthologist is immeasurable, and his scholarship in works such as An Duanaire 1600-1900: Poems of the Dispossessed, and his 1969 translation of the vernacular epic, Táin Bó Cúailnge (illustrated by Louis le Brocquy), should serve as the loadstar for future generations. In The Dual Tradition, Kinsella analyzed the challenges facing contemporary Irish poets when confronting their dual heritage of Gaelic literature and Irish literature in English, a challenge he underscored in his anthology, The New Oxford Book of Irish Verse, a comprehensive survey of Irish poetry from the pre-Christian era to the modern day.

The artistic integrity that informs Kinsella’s body of work was mirrored in the personality of Thomas Kinsella the man. His absence leaves a tremendous void in both Irish poetry and the life of his family and friends. 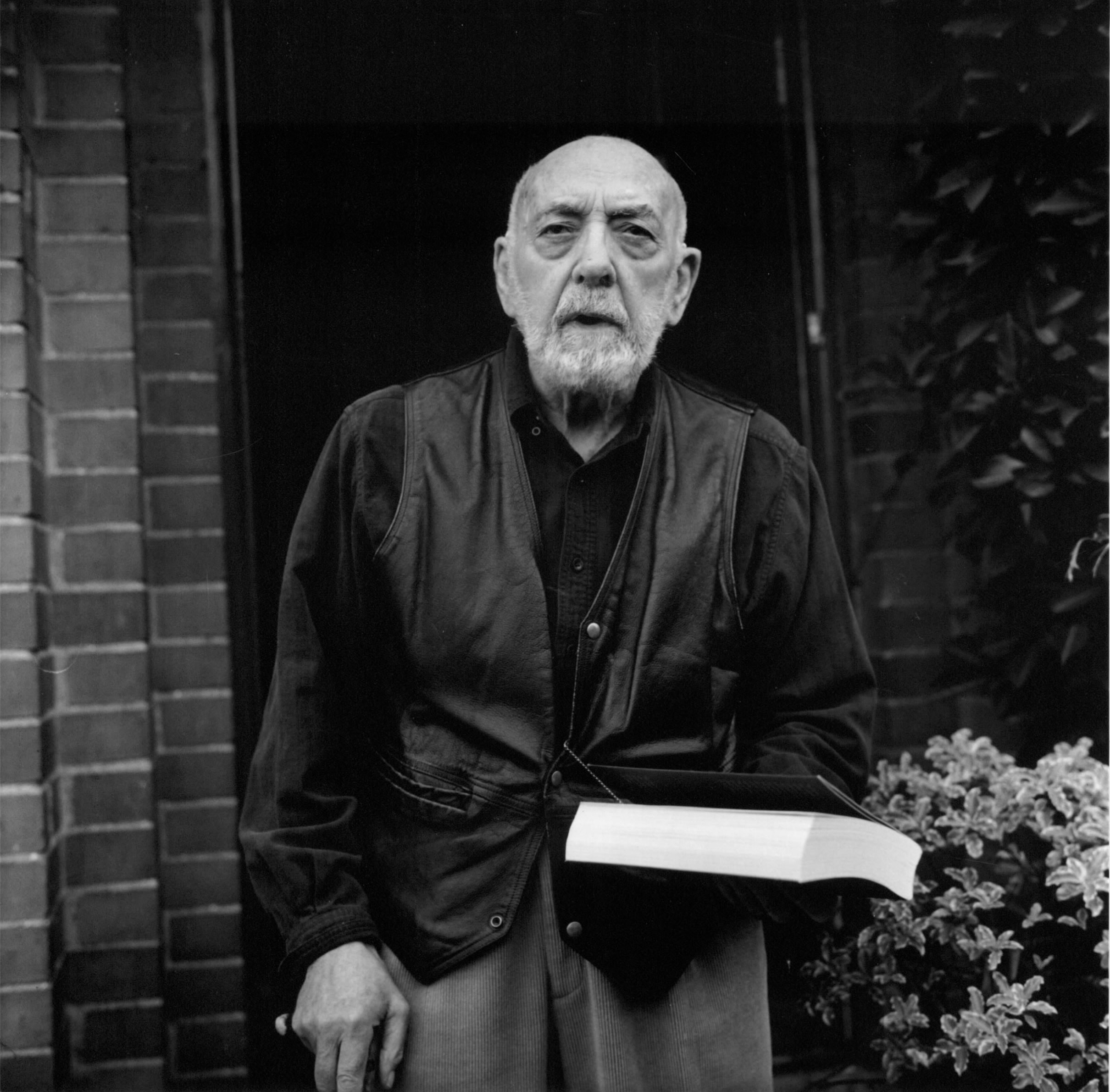 Thomas Kinsella outside his home in 2019. Copyright John Minihan.