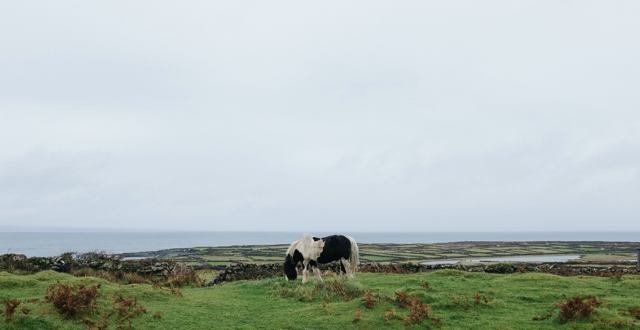 The writer of this poem from the late Middle Ages seems to criticize his young lord, but in fact praises him, concluding that even the lord’s wrongdoing pales in comparison to his greatness. That shift of logic reflects the intricacy of 14th-century politics, indicating a complicated and perhaps mysterious hierarchy.

As Michelle O Riordan writes in her introduction to the poem:

Praise poems were often composed in the guise of complaint: the poet unhappy with his lord. In such compositions a literary pretext for dispute would be invented as the ostensible topic of the poem, until a point within the composition when the poet suggests that some misunderstanding has created the disharmony. This hint becomes a basis for “reconciliation” and the literary trope of misplaced blame/hurt reintroduces the poem’s real purpose—praise in the courtly manner. The first impression given by such a composition is that the poet is scolding or reproving his lord. However, patrons, versed in the literary culture of the poems discussed here, understood and appreciated the art of the praise/blame trope. Praise poetry of this kind was offered to Gaelic lords and to lords of Anglo-Norman families alike. In this long composition by the poet Ádhamh Ó Fialáin (d. c. 1362), dedicated to Thomás Mág Shamhradháin (c. 1303–1343), King of Teallach Eachach (in modern Co. Cavan), the poetic pretext is the lord’s confiscation of the poet’s property (cattle). In due course, it becomes clear that the poem is in fact a variety of praise. Characteristics of the genre related to speculum principis are also evident in the poet’s overt role as advisor/admonisher of the prince. In this poem, the bias is clearly toward praise.

You, red mouth, are this foolish youth, son of
Brian whose language is not foolish: regrettably
I was entitled to instruct you, lord of Cé,
because of your coming after my wealth/cattle.

I am fully entitled, as I have said, to
teach you, warrior of Luimneach; I am your
strength, your renown, rod of Clár, you are
the better half of my wealth.

Thirteen marks, you gave me, along with
your clothes and your equipage, besides cows,
horses and gold; greater than the securing of
wealth is my honor.

Prince of Cliu, if your desire is to
reassess—as I perceived—I will bid
farewell to cattle for ever, and you proceed
to refuse my poem.

Though you behaved foolishly towards
me, Tomás son of Brian of the brown cloaks,
there will be no increase in my foolishness: it
is a greater deceit to leave you.

The great love that I gave you
seduces me, prince of Almha; it
were false for your fair face not to be
the same towards me.

Not love protected your noble purple
cheek from me, rod of Mughdhorn—though
your curled ungarlanded hair is beloved—but
that I find no fault with you.

I shall mention no more of your valor
beyond that, in recompense for my cows, lord
of Beannchor; I shall exact a hard, prompt,
revenge: I shall not recite your battle victories.

Were I to broadcast a single quatrain satirizing
you, hair like gold thread; I would be far from
traveling it (i.e., being at liberty to travel round
it)—there would be no place for me in Ireland.