Poem of the Week: “To Cease” by John Montague 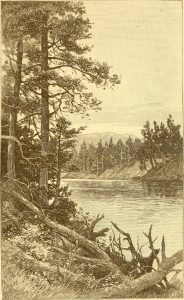 This week we honor the late John Montague; his latest collection of poems, A Spell to Bless the Silence: Selected Poems, was released earlier this month. For this season we find ourselves in—that of early winter, though it’s still only fall—Montague has a reservoir of poems that reflect the beauty in pain and in uncertainty. His poem “To Cease” does just that. Montague expands the meaning of the word “cease” by pondering what it would mean to cease being human—that is to say, stop living the only life we know how. By doing this, Montague draws the reader’s eye and mind to the world that exists beyond and beside the self, the world we so easily forget. We have become masters of time, of our own fate, but what if we ceased trying to be in the world, and instead sought to be of it, following the whims and wills of the world around us?

To cease
to be human.

To be
a rock down
which rain pours,
a granite jaw
slowly discoloured.

Or a statue
sporting a giant’s beard
of verdigris or rust
in some forgotten
village square.

A tree worn
by the prevailing winds
to a diagram of
tangled branches:
gnarled, sapless, alone.

To cease
to be human
and let birds soil
your skull, animals rest
in the crook of your arm.

To become
an object, honoured
or not, as the occasion demands,
while time bends you slowly
back to the ground.

–John Montague, from A Spell to Bless the Silence: Selected Poems (2018)