In today’s selection for National Translation Month, we are featuring a Romanian poem by Ileana Mălăncioiu, translated by Irish poet Eiléan Ní Chuilleanáin in her collection titled Legend of the Walled-Up Wife. As Ní Chuilleanáin writes in the preface to the book, “Mălăncioiu’s writing is valued in Romania as a moral force. A courageous critic of the former political masters of her country, she has also been forthright in her responses to the new order. To read through the poems published under Ceaușescu is to be astonished both at what she succeeded in publishing, and at her survival.” Ní Chuilleanáin offers a fairly faithful translation, with the only caveat being that she “wished to reflect the colloquial fluency of [Mălăncioiu’s] poems by offering versions which might be consonant with an ordinary Irish speaking voice.”

King Oedipus had his daughter Antigone to lead him by the hand,
King Lear had his Cordelia that he banished
Out of his kingdom for not loving him enough,
And you, father, I would be able to lead you,

But for myself I do not know if one will be found
To bear me company in the dreadful time
When everything will be hidden from my eyes,
I know it will not be possible for us all

O Lord, do not blind all of my people at once,
Allow us to go two by two, postpone
The last scene of the tragedy, let each one
Lead one other slowly by the hand. 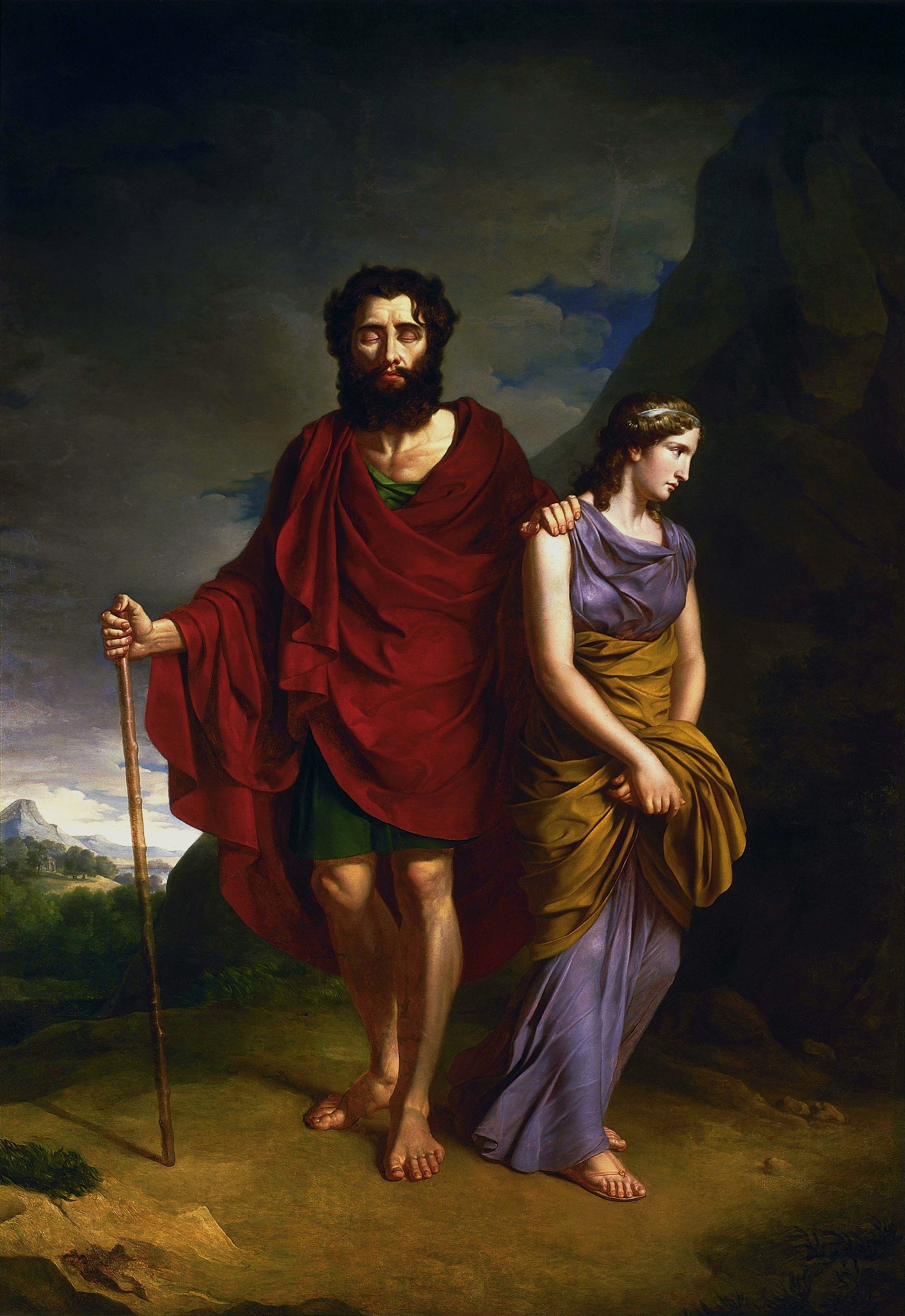 Oedipus and Antigone, by Antoni Brodowski (1828)