Poem of the Week: “The Previous Owner” by Seán Lysaght

“The Previous Owner” is a multifaceted poem in which Seán Lysaght simultaneously explores the power of nature’s influence as well as how gossip can transmute the truth. The poem revolves around rumors surrounding the mysterious, partially absent, “previous owner,” a relatable occurrence for anyone with enigmatic neighbors.

The locals talk when they see the agent’s sign
‘FOR SALE’, translating life into hearsay,
how he never really tamed the garden,
all that travelling, all those weeks away.
The townland watched his star as it fell wide—
and is falling still—of the style he wanted,
to strike his image in the countryside
forever, like a rebel or a landlord.

In fact, he was so transformed by nature
that the wildlife took over his whole mind
with its beautiful, indifferent data,
until he had to move, and leave behind
this house, still shining in the perfect tense,
while the owner’s story takes him somewhere else. 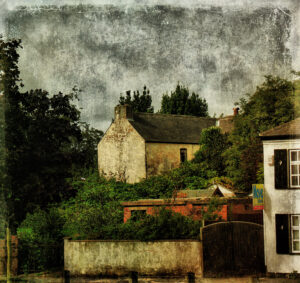