But who is Captain Lemass? 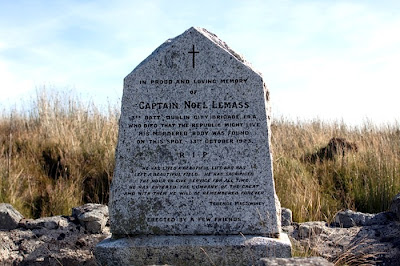 Currently at the press, we are looking forward to releasing Harry Clifton’s new book The Winter Sleep of Captain Lemass.

When first hearing this title, the name Captain Lemass seems so lyrical that many assume it must be a fictional name.  However, some researched revealed that Clifton is actually referring to Captain Noel Lemass, the 20th Century Irish revolutionary who was murdered by Free State troops in 1923. Lemass was a veteran of the Easter Rising of 1916 and eventually became an anti-treaty IRA officer.  At this time, the IRA was not the terrorist group that may think of today, but the Irish Republican Army who opposed the Anglo-Irish Treaty.

The Irish Civil War spanned from June of 1922 to May 1923, and was a conflict between the Free State troops who supported the Anglo-Irish Treaty, and the IRA, who felt that the treaty was a betrayal of the republic.  Though the civil war had already ended, Noel Lemass, an anti-Treaty IRA officer was abducted in Dublin in June 1923 by a group of men connected to the Free State troops.  Lemass was held captive from June until October, when his mutilated body was found in the Dublin Mountains, the same place he and his brother Sean Lemass were when they first got news of the Easter Rising in 1916.

“In proud and loving memory of Captain Noel Lemass, 3rd Batt Dublin City Brigade I.R.A who died so that the republic might live.  His murdered body was found on this spot 13th October 1923.”

Throughout the poem, Clifton illuminates feelings of confusion and sadness regarding the many lost lives of the Irish Civil War.  Rather than opening the poem at the beginning of Captain Lemass’s life, it begins when he is killed, at the start of his legacy.  Clifton does not refer to Captain Lemass’s absence as death, but merely sleep, suggesting that Lemass still lives in memory.