Home  ›  Arts and Culture  ›  Vona Groarke in The New Yorker

Vona Groarke in The New Yorker 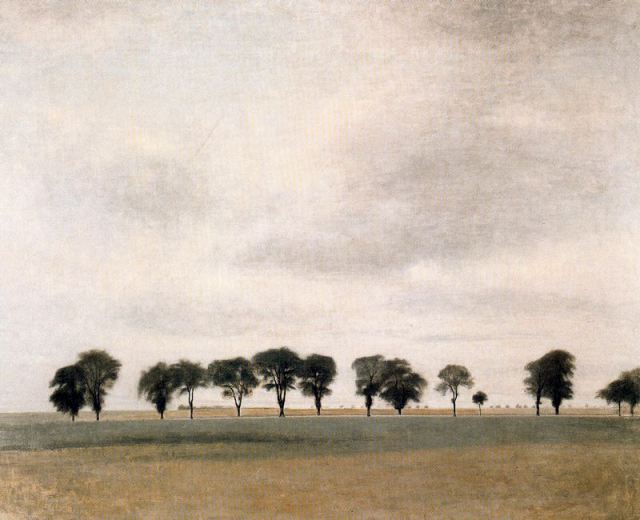 The November 11 issue of The New Yorker features Vona Groarke’s poem “The Landscapes of Vilhelm Hammershøi.”

Vilhelm Hammershøi (1864-1916) was a Danish painter best known for his low-key, soft portraits and interiors. Enigmatic and secretive, his paintings were described as “highly traditional, but also distinctively modern” in the 2008 London Royal Academy of Arts’ exhibition, Vilhelm Hammershøi: The Poetry of Silence.

Not as well known are his landscapes, simple, often grey, and usually devoid of people. Groarke’s poem captures and mirrors Hammershøi’s “illegible fields” and skies devoid of promises.

The Landscapes of Vilhelm Hammershøi

Between water reading itself a story
with no people in it

and fields, illegible, and a sky
that promises nothing,

least of all what will happen now,
are the trees

that do not believe in
any version of themselves

not even the one in which
they are apparently everyday trees

and not a sequences of wooden frames
for ordinary leaves.