Home  ›  Arts and Culture  ›  Realizing a Destiny in Full: On the Death of a Friend

Realizing a Destiny in Full: On the Death of a Friend 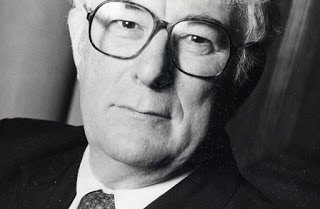 “When asked to pronounce on Seamus’s death, a phrase coalesced in my mind: he did his work.”

This, according to poet John Montague in his Sept. 7 memorial in the Irish Times, is the most succinct way to describe the late Seamus Heaney.

But his description, which seems so far removed from the beauty and lyrical feel of Heaney’s poetry, is not quite what it appears. It is not static or harsh, not a description of a mechanical and lifeless poet. Montague clarifies, saying that “…what I meant is that he realised his destiny. A gift and the fulfilment of its promise, the rounding out of a career, is a rare thing, but Seamus achieved it.”

And Heaney truly did achieve it.

He was recognized not just as a poet, but also as a playwright and translator. In 1995, Heaney received the Nobel Prize in literature. In 2012, he was awarded the Lifetime Recognition Award from the Griffin Trust for Excellency in Poetry. Upon his death, The Independent declared him one of the most well-known poets in the world today.

Montague describes, with a warm and nostalgic tone, the growth of their friendship and the way that their life stories irrevocably intertwined. How he first heard the lyric poetry of Heaney after deadly events that rocked the poetry community. How his poems touched millions and will continue to do so even after his untimely death.

Seamus Heaney’s death sent shockwaves to the world of Irish poetry, and it is obvious, through this memorial as well as many others, that the community is still reeling. “Still, in the way of these things, we were not prepared for the blow when it arrived,” Montague wrote, reflecting on the suddenness of the tragedy.

There is nothing so difficult as the task of memorializing a friend. But Montague, as his language mixes with his heartbreak to create something beautiful and touching, does his friend and his contemporary justice.