Home  ›  Medbh McGuckian  ›  “Where language fades into cries or whispers”: An Interview wit...

“Where language fades into cries or whispers”: An Interview with Medbh McGuckian 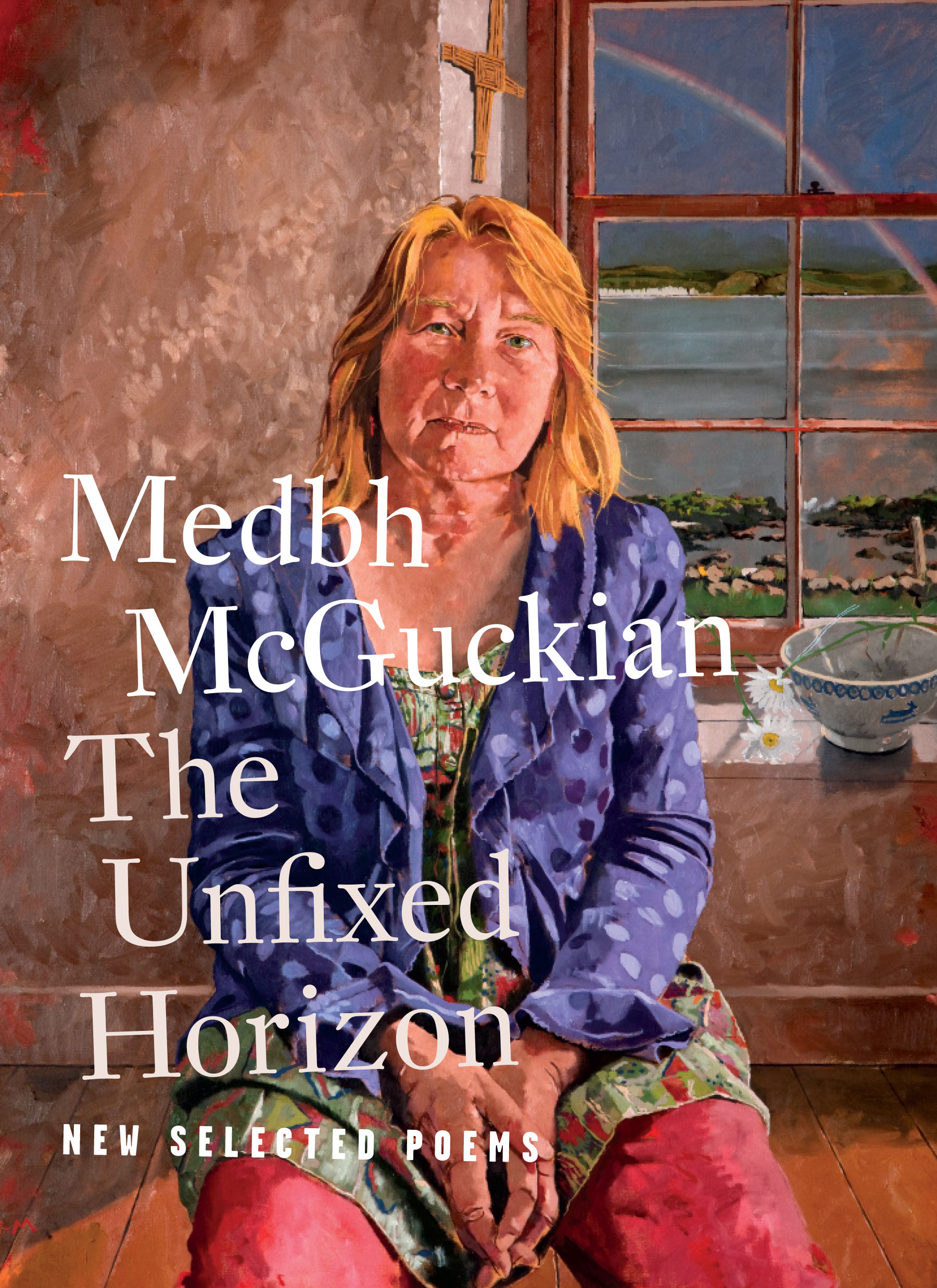 Medbh McGuckian’s new selected, The Unfixed Horizon, contains over 130 poems from 13 collections. In honor of its publication, McGuckian talked to WFU Press interns Alex Muller and Shannon Magee about the concoction of angels, controlling the flow of time, and the virtue of poetry’s gentle intellect.

WFU Press: In putting together this new selected, we’ve been able to track how some of your poems have changed as they’ve been printed in new editions over the years. When do you know a poem is finished? Is it ever finished, or does it remain to some extent in flux? How do you view revision at this point in your career?

McGuckian: I think the revisions are very minor and unimportant, I do not change things much. Clarity seems to me not something I am worried about at this stage, if clarity is ever to be expected. My poems now fall between the two stools I’ve always drifted towards, obscurity when I am not sure what I want to say or mean, and flat matter-of-factness when I want to instruct the reader on something plain and obvious. I write a lot of found poems which have that exactness to them, but I prefer the winding intricacy of complicated narratives that don’t spell things out, that attempt to comprehend the vast unknown within which we learn to try to live and die. Poetry as an art form combines words that have not been juxtaposed before in order to startle the senses out of their apathy and experience something as if for the first time. I may be more open to revising when a book is to be created rather than when a poem is published on its own.

Do you write with the intent to defamiliarize the world around us, then, or is this something that poetry might inevitably do of its own accord?

I think the waking state is familiar and the dream state uncanny. Poetry is like a bridge between them. Yes, I do cling to all that is known or suggested but then the strangeness [Robert] Frost speaks of rises and baffles. I don’t think I intend to make the world strange myself (as it already is) but just put feelers out into the ice over the river. Which is exciting. Our normal language is not very thick with new thoughts. I refer a lot to angels, as they are poetic bridges we have perhaps concocted to help us explore the before and after of our lives.

In your poem “Harem Trousers,” you write that “A poem dreams of being written / without the pronoun ‘I’.” This pronoun has certainly been contended in contemporary poetry. Sometimes your poems seem to begin by locating the personal and conclude by displacing it. How do you view the “I” in poetry? How do you handle your personal life in your writing?

I think poetry (or poems, the actual writing of them, sometimes the reading of them) frees up something nothing else can reach for–during the time of it you become beyond death or fear it less, you incorporate its inevitability into the now and present moment, you don’t look forward to it but you resist it less as a no-choice pathway. Poems (or, my poems) weave in and out of this pattern the colour and taste of the sensory experience we are, as it were, trapped in and release from it through words that undo themselves into wordlessness. I was reading, there is no such thing as silence, but people try to create it through concentration without machines. The use of machines to write poetry  is easy but maybe it was better when we only had stones or slates to carve on. My personal life is in every poem since I wrote it at certain parameters of my time, say a week in June, say a morning in October, say at a particular stage, after a child, after a death. But to be too exactly personal is diary or journal and not memorable. There is no poetry in I am sitting here it is cold, you need a worked-on, new narrative to explore back and forward , the past, the undetermined future–I suppose really time stops or you can control its passing as you control breath in Yoga.

In a video interview you did with Donald Givans, you said “I don’t think poems can always be wonderful. You can put in poems that obviously aren’t all that brilliant and people will like to read those anyway because people are human.” How do you see the value of poetry, especially in the “minor” poems? And how do you know when you’ve written a really great poem?

I don’t think I have written a really great poem. It is impossible or difficult. But maybe if you read one again after many centuries and it covers that long ago experience it would have been worth writing. I like myself poems that are gentle rather than arrogant intellectually. Where language fades into cries or whispers. Something that loosens our fear of death, our ignorance of what comes after. Minor poems are breathing for the sake of it. A major poem could see us through a heart attack, maybe it is one. It is a workaday office and then like some of Yeats they just occur and balance. [It is a workaday office, and then someone like Yeats produces something that just occurs and balances] Most of what Paul Muldoon writes can be satisfying simply because of the fun in the rhymes which he is so very clever at.

What first inspired you to begin writing poetry? And have your inspirations changed?

Early in life I liked reading and composition at school. When I went to secondary school they were always wanting poems for magazines. The Beatles’ songs, Bob Dylan and Joan Baez’s folk music stirred my imagination. Then going to University there were lots of active poets about–men, of course, but Seamus Heaney did encourage me and read some of my work. When I got married and had children I felt I had something new to say from that experience. Then of course there was responding to the terrible carnage of the Troubles, which was a difficult and reluctant kind of influence. My inspirations now are the dead Heaney still, the rocky peace, the deaths of loved ones, my illness, soon I hope new babies in the family, aging, still women’s lives, the threats to our survival, the weather and seasons as always. The sea.