Introducing: The Boys of Bluehill 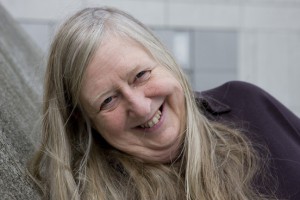 Wake Forest University Press is proud to announce the arrival of Eiléan Ní Chuilleanáin’s Boys of Bluehill. In her newest collection, Ní Chuilleanáin addresses the themes of music, religion, art, and language to create a beautiful union between revelatory imagery and an acute poetic sensibility.

Of her work, Seamus Heaney remarked: “There is something second-sighted about Eiléan Ní Chulleanáin’s work. Her poems see things anew, in a rinsed and dreamstruck light. They are at once as plain as an anecdote told on the doorstep and as haunting as a soothsayer’s greetings.”

In “Incipit Hodie” the ways in which Eiléan Ní Chulleanáin works through the theme of language becomes strikingly clear.

When you fell into our language
like a fish into water,
no wonder you were blinded by the splash you made.

We wiped our eyes
but for you it took longer,
it sprayed like feathers around you while you tried

making out the noises. And
slowly the stream ran calmer
though it took you a while to trust your ears and eyes.

How are you supposed
to grasp the water’s flow?
But look, those flourishes are pebbles and fish.

Fish are slipping away,
the water is clear and still;
when you reach for words they will be hard like pebbles in your hand.