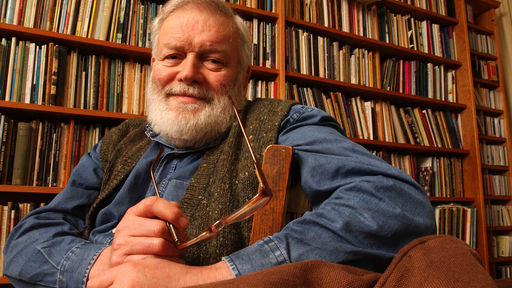 Michael Longley was recently announced as the recipient of the 2022 Feltrinelli International Poetry Prize. Among the major European honors for poetry, the Feltrinelli Prize is awarded every five years by the Italian Accademia dei Lincei and includes a €250,000 monetary grant. Past winners include W. H. Auden, Eugenio Montale, and John Ashbery.

The Accademia dei Lincei praised Longley for “the extraordinary relevance of his themes and their cultural implications, as well as the very high stylistic quality of his oeuvre.” Longley will be presented with the prize at a ceremony in November 2022.

“Longley is an extraordinary poet of landscape, particularly of the Irish West, which he observes with the delicate and passionate attention of an ecologist, and a tragic singer of Ireland and its dramatic history,” the Accademia dei Lincei said. “But with his poetry he has also addressed the seduction, conquest, and fascination of love, as well as the shock of war in all ages, the tragedy of the Holocaust and of the gulags, and the themes of loss, grief, and pity.”

The Feltrinelli Prize is the latest honor in Michael Longley’s celebrated career. His twelve collections of poetry have also been awarded the T. S. Eliot Prize, the Hawthornden Prize, the Irish Times Poetry Now Award, the American Ireland Fund Literary Award, and the Griffin International Prize. In 2001 Longley received the Queen’s Gold Medal for Poetry, and in 2003 the Wilfred Owen Award. He was appointed a CBE in 2010, and from 2007 to 2010 was Ireland Professor of Poetry. In 2017 he received the PEN Pinter Prize, and in 2018 the inaugural Yakamochi Medal. In 2015 he was made a Freeman of the City of Belfast, where he and his wife, the critic Edna Longley, live and work.