Poem of the Week: “Swallows and Willows”

In Dharmakaya, Paula Meehan creates a beautiful poem, highlighting the parallels between her own Irish voice, and the voice of one of America’s most commemorated female poets–Sylvia Plath. February 11th marks the 52nd anniversary of Plath’s death, and we love the fact that this poem creates a space where the haunting, feminine poetics of two of our favorite writers can coexist.

When he caught me at the corner
with the curly headed green eyed boy
he brought me into detention.

‘Write out, let me see,
a verse of a poem. Any
verse of your choice,

but longer than a quatrain,
five lines at least.
A hundred times.’

from The Jailer (underlined three times)

I imagine him
Impotent as distant thunder,
In whose shadow I have eaten my ghost ration.
I wish him dead or away.
That, it seems, is the impossibility.

I was neat at first, maybe
neat to the tenth time, then
a looping downward scrawl.

Out the window — swallows
and willows and sun on the river,
‘I meant a verse from a set text.’

I sat at the edge of his class
right into summer exams
sulky, and lonely, and cruel. 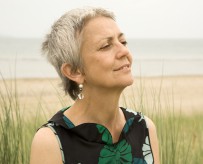 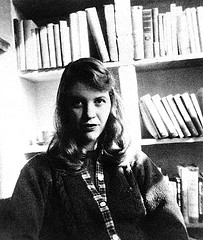