Poem of the Week: “Open Rose” by Medbh McGuckian 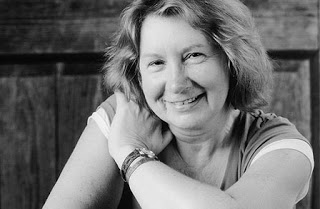 The moon is my second face, her long cycle
Still locked away. I feel rain
Like a tied-on dress, I clutch it
Like a book to my body.

His head is there when I work,
It signs my letters with a question-mark;
His hands reach for me like rationed air.
Day by day I let him go

Till I become a woman, or even less,
An incompletely furnished house
That came from a different century
Where I am a guest at my own childhood.

I have grown inside words
Into a state of unbornness,
An open rose on all sides
Has spoken as far as it can.

Medbh McGuckian was born in Belfast in 1950, where she now lives with her husband and children. She graduated from Queen’s University in Belfast with B.A. and M.A. degrees in English, and whee she later was the first woman to be named writer-in-residence.

Her poem, “Open Rose,” from Marconi’s Cottage reveals McGuckian’s growth as a woman and a writer independent from a male-dominated society. As she begins to let go of the male figures in her life, McGuckian is able to develop into a writer, or an “open rose,” surrounded by her own words that speak to her capabilities as a woman. At the conclusion of her poem, McGuckian reveals that she has “grown inside words/ Into a state of unbornness.” What this means for McGuckian is mysterious. Could it mean that she is redefining herself through her work, or could it mean that she is losing her identity due to her work? Her poem reveals as much about McGuckian as it hides. The true joy in reading Marconi’s Cottage comes from deciphering her truly mysterious and cryptic text.