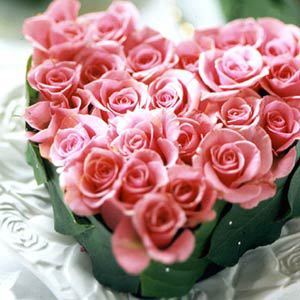 In honor of St. Valentine’s Day, we at WFU Press have selected three different poems that cover the different spectrums of that confusing but beautiful thing known as love. Michael Longley’s poem “The Scissors Ceremony” depicts the heartwarming image of an old couple that are still very much in love. In contrast, John Montague reminds us that being single can sometimes be a good thing in his poem “The Wanderer.” When you are alone, you have more time to focus on yourself and appreciate the small things in life that go into your own happiness. Nuala Ní Dhomhnaill “Nude” pertains to the more physical side of love. She vividly describes the male body while simultaneously turning an old Irish tradition on its head.

We hope everyone has a Happy Valentine’s Day!

What they are doing makes their garden feel like a big room.
I spy on them through the hedge, through a hundred keyholes.
He sits in a deckchair. She leans over him from behind
As though he were a little boy, and clips his fingernails
Into the newspaper he balances between his knees. Her
White hair tickles his white hair. Her breath at his ear
Might be correcting his sums, disclosing the facts of life,
Recalling the other warm cheeks that have hesitated there.
He is not demented or lazy or incapacitated. No,
It is just that she enjoys clipping his fingernails
And scattering them like seeds out of a rattly packet.
Are they growing younger as I walk the length of the hedge?
Look! The scissors ceremony is a way of making love!

I stalk off through the morning fields.
The little house dwindles behind me;
If I glanced back I might not see it.

Shaking a handkerchief, she turns indoors.
For hours she will sit there, brooding.
Loathing me, yet wishing me home.

Along the cliffs I wander, hearing
The lean gulls cry. I hardly know where
I am bound, but I like the morning air.

I feel the sun warm on my shoulders.
My feet sink in earth, rough grass;
To be alone again, strange happiness!

tie, the brolly under your oxter
in case of a rainy day,
the three-piece seersucker
suit that’s so incredibly trendy,

your snazzy loafers
and, la-di-da,
a pair of gloves
made from the skin of a doe,

then, to top it all, a Crombie hat
set at a rak-
ish angle—none of these add
up to more than the icing on the cake.

For, unbeknownst to the rest
of the world, behind the outward
show lies a body unsurpassed
for beauty, without so much as a wart

or blemish, but the brill-
iant slink of a wild animal, a dream-
cat, say, on the prowl,
leaving murder and mayhem

in its wake. Your broad sinewy
shoulders and your flank
smooth as snow
on a snow-bank.

Your back, your slender waist,
and, of course,
the root that is the very seat
of pleasure, the pleasure-source.

Your skin so dark, my beloved,
and soft
as silk with a hint of velvet
in its weft,

Smelling as it does of meadowsweet
or ‘watermead’
that has the power, or so it’s said,
to drive men and women mad.

For that reason alone, if for no other,
when you some with me to the dance tonight
(though, as you know, I’d much prefer
to see you nude)

it would probably be best
for you to pull on your pants and vest
rather than send
half the women of Ireland totally round the bend.