Poem of the Week: “The Horse’s Head” By Brendan Kennelly 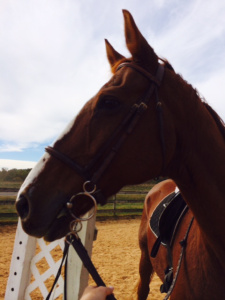 Brendan Kennelly addresses the holy intersection between humanity and nature in his poem “The Horse’s Head.” Who is watching whom in this poem? Is the boy the guardian of the horse, or is the horse the guardian of the boy? As in nature, the balance is maintained by each thinking they are in control while working together for the benefit of the other.

The boy took the reins, the farmer went inside,
The boy stood near the horse’s head.

The sun fussed over it.
The boy stared at it.
He reached up and gave the horse’s head
A pat.

Daylight said the boy was praying
His head bowed before an altar.
The air itself became the prayer
Unsaid
Shared between the boy
And the horse’s head.

The horse’s head guarded the boy
Looking down from its great height.
If the boy should stumble
The horse’s head would bear him up,
Raise him, as before,
To his human stature.

If he should lay his head against the horse’s head-
Peace.

The farmer came out of the pub.
He gave the boy a shilling.
He led the horse away.
The boy stared at the horse
He felt the reins in his hands
Now easy, now rasping,
And over his head, forever,
The horse’s head
Between the earth and the sun.
He put the shilling in his pocket
And walked on.