Poem of the Week: “As for the Quince” by Nuala Ní Dhomhnaill 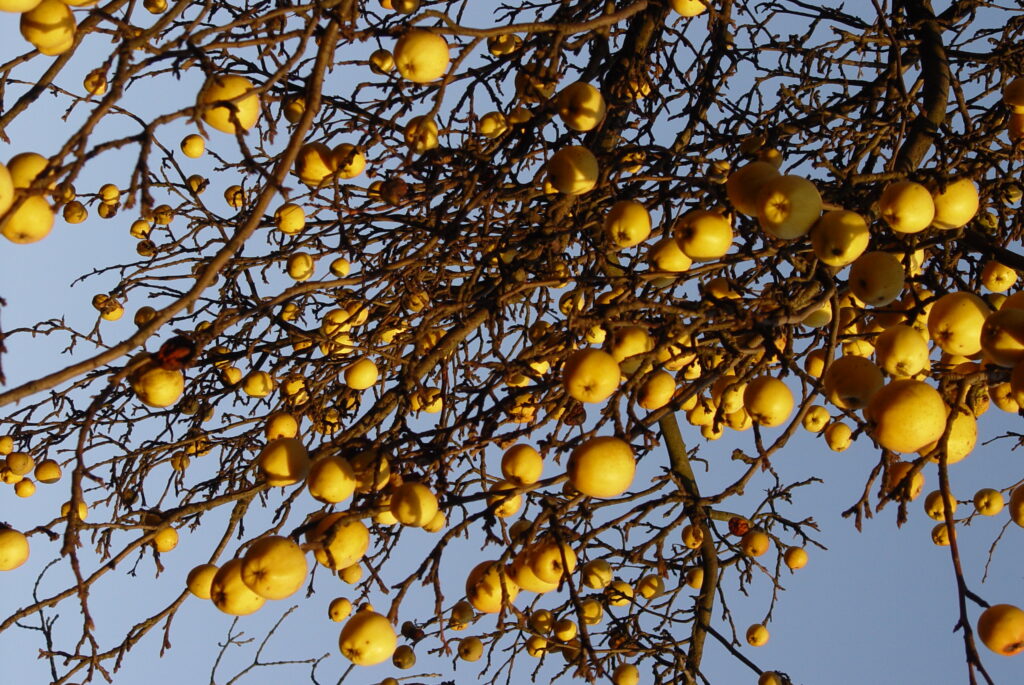 “As for the Quince” is an Irish-language poem written by Nuala Ní Dhomhnaill (the original title “An Crann”) then translated by Paul Muldoon into English. In the weeks when spring first dares to remind us that Nature’s sometimes subtle rhythms impact our entire wellbeing, this poem is a timely reflection of growth and loss. This is an airy and vibrant poem with a perfectly tangy twist at the end that is worth the read at any point of the year.

As for the Quince

There came this bright young thing
with a Black & Decker
and cut down my quince-tree.
I stood with my mouth hanging open
while one by one
she trimmed off the branches.

When my husband got home that evening
and saw what had happened
he lost the rag,
as you can imagine.
‘Why didn’t you stop her?
What would she think
if I took the Black & Decker
round to her place
and cut down a quince-tree
belonging to her?
What would she make of that?’

Her ladyship came back next morning
while I was at breakfast.
She enquired about his reaction.
I told her straight
that he was wondering how she’d feel
if he took a Black & Decker
round to her house
and cut down a quince-tree of hers,
et cetera et cetera.

‘O,’ says she, ‘that’s very interesting.’
There was a stress on the ‘very’.
She lingered over the ‘ing’.
She was remarkably calm and collected.

These are the times that are in it, so,
all a bit topsy-turvy.
The bottom falling out of my belly
As if I had got a kick up the arse
or a punch in the kidneys.
A fainting-fit coming over me
that took the legs from under me
and left me so zonked
I could barely lift a finger
till Wednesday.

As for the quince, it was safe and sound
and still somehow holding its ground.