Home  ›  Eiléan Ní Chuilleanáin  ›  “A Deep Ocean One Can Plunge Into”: An Interview with Eiléan N...

“A Deep Ocean One Can Plunge Into”: An Interview with Eiléan Ní Chuilleanáin 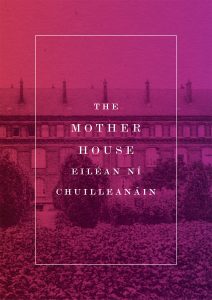 Eiléan Ní Chuilleanáin’s newest book The Mother House was published in the US this April, and it has been gaining praise across the board, including being chosen for the Irish Times Poetry Now Award. Despite finishing out the semester at home, WFU Press intern Emelyn Hatch conducted an interview with the poet via email to dig deeper into this collection.

Emelyn Hatch: The two poems at the end of The Mother House, “Ag Stánadh Amach”/“Gazing Out” and “An Crann”/“The Tree,” seem to stand out from the rest in that they are translations from the Irish. Did you write these two poems specifically with the intention of translating them? What effect, do you think, does the inclusion of the Irish versions alongside the English (or, rather, the English alongside the Irish) lend to the reading experience? Are they two poems, or four?

Eiléan Ní Chuilleanáin: I had no intention originally of translating them; that was a last-minute suggestion by the Irish publisher. They have done a number of bilingual books recently and the bilingual edition seems to have become normal; I have doubts about it, but in a bilingual country there is an argument to be made. They are definitely two poems, not four, as the translations are quite faithful.

I like what you’ve written previously about translation breaking boundaries, including the boundary of time. I notice a lot of movement between past and present in The Mother House; are you thinking about time as a boundary (or about breaking through that boundary) in these poems?

When I think of time, I think of a deep ocean one can plunge into—of how things can be obscured by time, but also about the moments when one is leaping easily over centuries. I remember watching two eminent Irishmen on TV, one accusing the other, “You want to go back to 1169,” to which the other quite reasonably replied, “No, to 1601.” The words “Mother” and “House” are strong and evocative, and to me they stand for the mother as an enduring source of strength. I live in a house that was built in the 1790s like much of old Dublin, that was bought by my mother’s mother’s mother, for her youngest son who left it to my mother, who sold it to me.

I would be curious to hear how you go about translating poetry more generally, as well. Do you find that the process of translating your own poetry is different from translating others’ work?

Yes, of course, I know what the original meant to convey. There is also a difference between translating from Irish to English as the languages, in Ireland, are spoken by the same people, whereas with a language like Romanian you are having to convey cultural reference as well.

I also found “Ag Stánadh Amach”/“Gazing Out” particularly striking because of its (to me) mysterious and mythical-seeming characters and setting. Is this poem shaped by a myth or folktale that you had in mind?

At the back of “Ag Stánadh Amach” is the beginning of the epic, Táin Bó Cualigne. Queen Medbh is about to lead her army against Ulster to capture the famous Bull, when the prophetess Fedelm appears and tells her about the fate of her army, “I see them crimson, I see them red”—that is to say, covered with blood. The queen tells her to change her prophecy but she refuses. In the original poem I quote from the Old Irish text: “at chiu forderg, at chiu ruad.” I suppose I hoped that Irish readers of the original would recognize the importance of colors; to dress in multi-colored garments was a privilege in that society.

But I also wanted to jog an awareness of how narrative works. When Medbh tries to bully the prophetess the reader surely realizes that her expedition is not going to end well for her.

I also noticed a couple of references to Ovid in the collection, in “Monsters” and “The Unreconcile,” as well as a reference to a Grimm’s fairy tale in “Maria Edgeworth in 1847.” Imagery of transformation and transience shows up throughout the book. Was myth or folklore on your mind as you wrote this collection, and/or did the stories of transformations in Ovid’s Metamorphoses inform the paths your poems take?

Myth and folklore are always on my mind. The Ovid references are quite “literary,” as it is Baudelaire who names him in his poem “Le Cygne,” and “Monsters” is also a poem about scholarship, libraries, books, writing. The brothers turned to swans is a very widespread European fairy-tale, the story known as AT 451, “The Brothers who were turned into birds” or “The Twelve Brothers.” It is found in various versions from Norway to Libya (but is rare in Ireland). I would have come across it as a child in Padraic Colum’s The King of Ireland’s Son. This is the kind of reference that comes to me almost without thinking, the shapes of the folktale seem so natural to my mind.

It’s interesting that you speak of folktales as having shapes. When you write about folktales, do you try to work within those shapes, or transform them?

As I said, folklore is in my mind in all of my poetry, from the start.

I used to teach a course on mythology and folklore in literature, starting with Ovid and ending with contemporary theorizing of folktale. My father was a professor of Irish and also a collector of folktales from Irish-speakers, so I was aware of the presence of an oral tradition from early childhood. I also remember the realization coming to me that folk narratives differ in genre and cultural framing—the Grimm stories don’t all end with marriage and happiness, and a happy ending in an Irish religious story can be the forgiveness and death of a sinner, or the readmission of a straying monk to his monastery. I read the Andrew Lang collections of tales, and I remember being upset at the Sigurd story because it ended with his death; but beside those books on the shelf would have been Béaloideas, the journal of Irish folklore, containing much wilder tales.

My main purpose in referring to folktales is to activate a sense in the reader’s mind of what might happen, so I suppose I am depending on the reader having some acquaintance with the patterns of narrative.

How did you choose the title for your collection? A mother house (if I understand correctly) is the original, or at least the principal, residence for a religious community—a source of sorts, from which a community and all its apparatus spring. How does your collection engage with the idea of mother house as source, and an exhaustible, finite one at that?

I chose “The Mother House” as the title for the collection because of the strong theme of women founders, in particular Nano Nagle, but also—as the title poem shows—because the experience I’m writing about is a European one, the international reach of the religious orders was my first introduction to Irish people’s migration. Nobody in my family, as far back as I know, ever emigrated to America, but my aunts spent the second World War in Scotland, France, and later Belgium. So for me the title suggested a place of origin, yes, but also a place from which very diverse experiences, from Ireland to Portugal to the concentration camps, began, all in the context of women and their work. 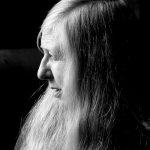 Eiléan Ní Chuilleanáin was born in Cork, where she graduated from University College Cork with a BA in English and History, followed by a MA in English. She later studied at Oxford. She was Associate Professor of English, Dean of the Faculty of Arts (Letters), and a Fellow of Trinity College Dublin until her retirement in 2011. She served as the Ireland Professor of Poetry from 2016–2019. Her 2015 volume The Boys of Bluehill was shortlisted for the Forward Prize, and previous work has won the Patrick Kavanagh Award and the International Griffin Poetry Prize. The Mother House won the Irish Times Poetry Now Award. She lives in Dublin.

The Mother House was published on April 1st, 2020.